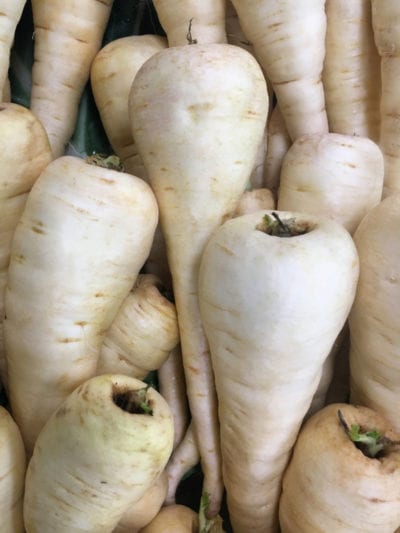 For gardeners brave enough to try their luck with root crops, the risk is often rewarded handsomely. After all, root veggies like parsnips are surprisingly easy to grow and give few problems under most conditions. The fear factor comes in because growers don’t really know what’s going on below the surface, and that’s certainly true with parsnip diseases. Parsnip disease symptoms are often not very obvious until you have a serious problem, but others are very simple to manage. Read on to learn how to treat sick parsnips.

Parsnips are very easy to grow and generally don’t give too much trouble to gardeners, provided they’re raised in loose soil that drains well. Raised beds make root crops like parsnips extra easy, since you don’t have to fight with rocks and underground roots, but even in those conditions, you may encounter these parsnip diseases:

Leaf spot. Leaf spot is caused by one of several fungal pathogens that feed on leaf tissues, causing small to medium sized yellow spots to form. The spots may spread or turn brown as they age but won’t spread past the leaves. You can slow the spread of these fungal spores by thinning parsnip stands so there’s more circulation between plants and timing waterings, so leaves dry out completely.

Powdery mildew. Just like with leaf spot, powdery mildew in parsnip is favored by warm, humid conditions. The white, powdery coating can be fought with increased spacing, and future problems prevented by using a three year crop rotation cycle. Make sure to clean up any dead plant material, since this is often where spores come from to begin with.

Root rot. If the leaves of your parsnip pull out easily, turn black, or the root is black or has forking, oddly shaped roots or black spots when you harvest it, you’re probably dealing with root rot. There’s no easy way to solve this problem, but soil solarization for future plantings is highly recommended, as well as crop rotation from that location. Next year, increase spacing and reduce watering and nitrogen feeding to deter the fungal pathogen from taking hold again.

Bacterial blight. Brown, sunken lesions and browning within the vascular tissues of your parsnips indicate that you may be dealing with bacterial blight. This bacterium often enters damaged parsnips during periods of extended wetness and spread readily on water droplets splashing between plants. Parsnip treatment for bacterial blight isn’t recommended, but cleaning up parsnip debris, increasing drainage, and using a good rotation program in the future is.

Printer Friendly Version
Read more about Parsnips
<PreviousNext>
Did you find this helpful? Share it with your friends!
FacebookTweetPinEmail
Related Articles
Newest Articles
You might also like…
Additional Help & Information