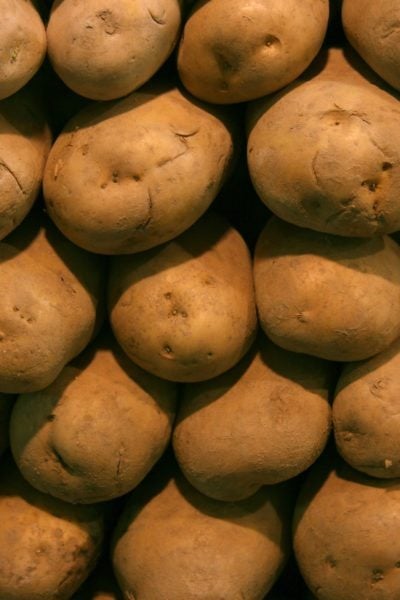 “Variety is the spice of life.” I’ve heard that phrase countless times in my life but never thought about it in the most literal sense until I learned about the history of Irish potatoes. A significant footnote in this history, the Irish Potato famine, conveys the vital importance of planting genetically diverse crops. This is key to preventing widespread crop destruction and, in the case of the Irish Potato Famine, the massive loss of human life.

This is a harrowing time in history and some of you may not want to know more about Irish potato information, but it is important to learn about the history of Irish potatoes so it is not repeated. So, what is an Irish potato anyways? Read on to learn more.

What is an Irish Potato?

This is an interesting bit of Irish potato information, but the potato actually did not originate from Ireland as its name suggests, but rather South America. British explorer Sir Walter Raleigh introduced them to Irish soil at his estate in 1589 upon his return from an expedition.

The Irish potato, however, was not embraced as a large-scale farm crop until the early 1800’s, when its value as an edible food crop was recognized. Potatoes were a crop that could grow with relative ease in poor soil and, in a period of time in which the best land was farmed by the Irish for the sole benefit of British landlords, this was an ideal way to ensure Irish families were fed.

One potato variety, in particular, was grown exclusively – the “lumper” – which became infected in the 1840’s with ‘Phytophthora infestans,’ a deadly pathogen that capitalized on Ireland’s wet and cool weather conditions, turning these potatoes to slime. All the lumpers were genetically identical and, hence, equally susceptible to the pathogen.

The Irish suddenly found themselves potato-less and were catapulted into a deadly famine that lasted 15 years. The population decreased by 30% due to a million deaths and the exodus of 1.5 million more to emigration.

I know the image of slime and death that I just conjured up probably is not encouraging your desire in planting Irish potatoes, but please do not let that discourage you. To this day, modern varieties of Irish potatoes are among the most widely grown worldwide.

So — let’s get down to the business of planting, shall we? Your planting target should be three weeks prior to the last spring frost in your region. It is recommended that you buy certified seed potatoes, as they are carefully screened for the presence of disease and are chemical free.

The landscape of a seed potato is quite interesting, as it will have dimples, or “eyes,” on its surface. Buds will develop in these eyes and sprout. Five to six days prior to planting, use a sterilized knife to cut each seed potato into four to six pieces, being sure to capture at least one of the eyes in every piece.

Store the cut pieces in a well-ventilated spot in a warm, humid location so that they can heal over and be protected from rotting. In your garden, use a hoe to open a trench about 3 inches (8 cm.) deep, plant the potatoes 10 to 12 inches (25-31 cm.) apart and cover with 3 inches (8 cm.) of soil.

Throughout the growing season, hill or mound dirt around the stem of the potato plant as it grows to promote the growth of new potatoes. Water your potato plants regularly to maintain a consistent soil moisture and consider the use of fertilizer to boost development.

Be vigilant for the presence of insects and disease and respond accordingly. Harvest the potatoes when you observe the tops of the potato plants beginning to die.