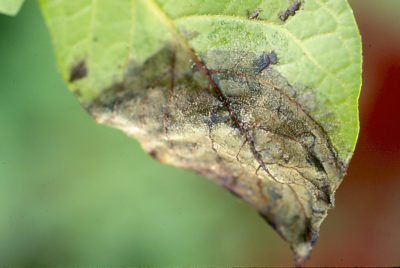 Even if you don’t realize it, you have probably heard of late blight of potatoes. What’s potato late blight – only one of the most historically devastating diseases of the 1800’s. You may know it better from the Irish potato famine of the 1840’s that resulted in the starvation of over a million people along with a mass exodus of those who survived. Potatoes with late blight are still considered to be a serious disease so it’s important for growers to learn about treating potato late blight in the garden.

What is Potato Late Blight?

Late blight of potatoes is caused by the pathogen Phytophthora infestans. Primarily a disease of potatoes and tomatoes, late blight may affect other members of the Solanaceae family as well. This fungal disease is fostered by periods of cool, wet weather. Infected plants may be killed off within a couple of weeks from infection.

Symptoms of Late Blight in Potatoes

Initial symptoms of late blight include purplish-brown lesions on the surface of the potatoes. When inspected further by cutting into the tuber, reddish-brown dry rot can be observed. Often, when the tubers are infected with late blight, they are left open to secondary bacterial infections which may make diagnosis difficult.

The foliage of the plant will have dark water soaked lesions surrounded by white spore and the stems of infected plants will be afflicted with brown, greasy looking lesions. These lesions are usually at the juncture of the leaf and stem where water collects or on leaf clusters at the top of the stem.

Infected tubers are the primary source of the pathogen P. infestans, including those in storage, volunteers, and seed potatoes. It is transmitted to newly emerging plants to produce airborne spores which then transmit the disease to nearby plants.