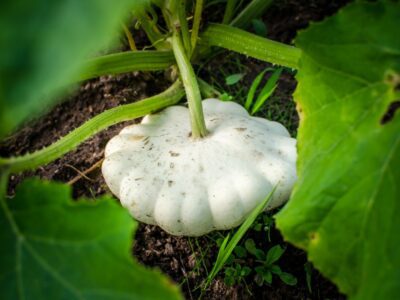 For many people, the process of growing their own vegetables is a fun way to learn more about history and better connect to the past. This is especially true with the addition of various open-pollinated and heirloom varieties of plants. Learning more about heritage vegetables, such as those used in the first Thanksgiving dinner, is an interesting way to gain a new perspective in the garden.

Heirloom vegetables refer to specific varieties of open-pollinated edible plants, in which the seeds have been saved and passed from one generation to the next. Lineage of these vegetables can often be documented and traced throughout history. Without the availability of hybrid seeds, historic garden design depended greatly upon these heirlooms.

Growing techniques, such as the three sisters garden, were also an important aspect of vegetable cultivation. Three sisters gardens emphasize the value of companion planting in growing. Corn, beans, and squash were most commonly grown together in this manner. As the corn plants grew taller, vining beans would begin to trellis up the stalks. Squash plants would then grow at the base of the planting, as a means to suppress weeds.

There is little doubt that these techniques also influenced the first Thanksgiving dinner. Those wishing to incorporate the three sisters gardening method in their own garden can do so with ease by selecting corn, bean, and heirloom pumpkin varieties. Immense diversity among open-pollinated squash make them especially popular among avid vegetable gardeners. Let’s take a closer look at some highly sought-after winter squash.

“Blue Hubbard” Squash – Prized for its immense size, Blue Hubbard squash are valued by gardeners who enjoy storing and preserving their crops. When stored under proper conditions, this squash will remain fresh for up to 6 months.

“Dickinson” Pumpkin – Though more traditional in size and shape, Dickinson pumpkins have long been known for their resistance to disease and insect pressure. The plants also perform well in regions with exceptionally hot and humid growing seasons.

“Green Striped Cushaw” Squash – Green Striped Cushaw squash are often considered to be among few of the true native squash. With a thick crooked neck, these beautiful fruits are sure to add tasty historical interest to the home vegetable garden.

‘Seminole’ Squash – Considered to be yet another native squash, the ‘Seminole’ squash is believed to have originated in Florida. Highly disease resistant plants yield an abundance of small fruits that keep exceptionally well.