Best Vegetables To Pickle Straight From The Garden 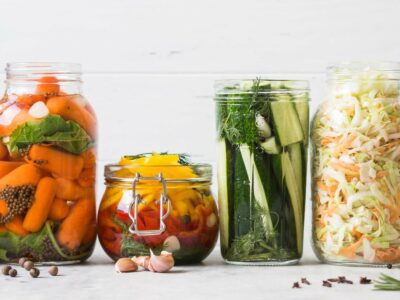 Pickling fruits and vegetable is woven into the fabric of many cultures. For some a burger isn’t complete without pickles, while the stereotypical craving of choice for expectant women is a cucumber pickle.

Pickling food dates back 4,000 years ago when the ancient Mesopotamians figured out that soaking cucumbers in brine would preserve them. Christopher Columbus brought pickles on his voyage to America and, by the 19th century, H.J. Heinz Company Inc. was the largest producer of pickles in the United States. Today, Americans ingest well over 2 million pounds of pickles per year.

Either way, pickles require the same basic ingredients: acidic vinegar and salt. Always know the acidity of the vinegar you are using. The preferred acidity for pickling vinegar is 5% acetic acid.

The preserved veggies can be pickled using brine that is sour or sweet. The basic brine can be tweaked to include citrus, onion and/or garlic and herbs and spices. The key to the best pickled vegetable to use is premium produce, picked and pickled at its peak.

Many types of fruit can be pickled, including blueberries, cherries, rhubarb, strawberries, plums, peaches, apples and even the rind of a watermelon.

Again, pickled fruits use the same basic premise as pickled veggies. Additions to the pickling brine in the case of fruit might include ginger, fennel, citrus, star anise, or vanilla bean to name a few.

This simple brine is a basic recipe. You can tweak according to your flavor profile by changing vinegars from say white to apple cider and by adding flavoring such as spices, herbs, citrus, onion, garlic or hot peppers.

Some recipes contain more or less vinegar, salt or sugar which really depends on how you like your pickles. Once you get a brine you love, don’t throw it out after you are done pickling your produce.

If you don’t use all your brine for pickling or if you open a jar of pickles and want to drain off the brine, don’t throw it out. Brine can be reused to pickle one more time, or can be used in place of vinegar in salad dressing. A little bit is also tasty in tuna or chicken salad.

Some people even drink the brine for its purported health benefits. Information on drinking pickle juice is all over the internet but take it with a grain of salt…the high salt content can be harmful to those with or at risk of high blood pressure. Talk to your doctor before you ingest pickle brine.