Vegetable Garden Weed Control For A Garden: A Step By Step Guide For Weeding 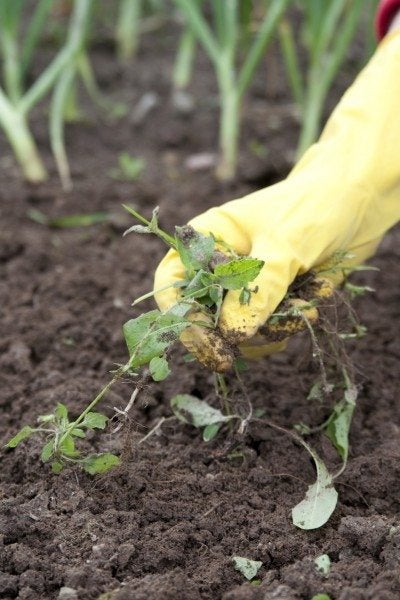 Perhaps one of the most frustrating and tedious tasks that a gardener must do is weeding. Vegetable garden weeding is necessary to help get the biggest harvest possible, but some days it may seem like the weeds grow faster than you can pull them out. Knowing how to weed the garden correctly is essential to reducing how often you have to do this tiresome chore.

How to Weed the Garden Properly

A large number of gardeners don’t weed their garden correctly. It’s a sad truth, because when they weed improperly, they are only making more work for themselves. Efficient vegetable garden weeding can almost be considered a learned skill.

The number one mistake that many gardeners make when weeding the garden is that they don’t pull the weed out correctly. Many gardeners approach weeding with a grab and snatch technique that snaps the stems of the weeds and leaves the roots behind in the ground. Most common weeds can regrow rapidly from their roots. So when you get that feeling that the undesirable plants are growing as fast as you can weed them out, that is, in fact, what is happening.

The correct way to pull a weed is to use a pinch and pull method. Pinch the weed close to the base of the weed plant and gently, but firmly, pull the weed out of the ground. At least some (and hopefully all) of the roots will come away with the weed plant. At first you may see many weeds snap at the stems, as they do with the grab and snatch method, but as you do it more, you will get a feel for how much of a gentle pull will remove the roots from the ground without breaking the stem.

How Often Should You Weed a Garden?

You should weed your garden about once a week. Timing is important when it comes to weed control in the garden for several reasons.

First, young weeds with roots that haven’t yet developed well are much easier to pull out of the ground than weeds that are fully mature. Weekly weeding will help you get all those baby weeds out easily.

Second, frequent weeding will help get rid of difficult weeds. No matter how hard you try, you won’t be able to get the entire roots of some weeds. For example, dandelions and Canada thistle plants have taproots that can go down several feet (1 m.). By constantly pulling the top few inches (8 cm.) of root, you remove their ability to get sunlight which will eventually deplete their stores of energy and they will essentially die from lack of sunlight.

Best Time for Weeding a Garden

The best time when to weed a garden is ideally after a rainstorm or after watering with the garden hose. The ground will be wet and the roots of the weeds will come out of the ground more easily.

Weeding your garden in the morning, before the dew has dried, is also a good time to weed. While the soil will not be as soft as it would be after a rainfall or after watering, it will still be softer than later in the afternoon.