How To Eat Seed Pods – Growing Seed Pods You Can Eat 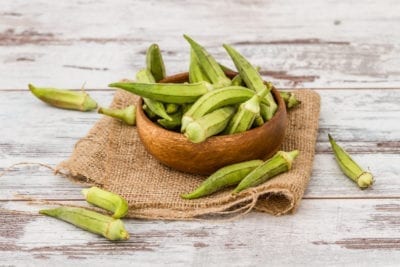 Some of the vegetables that you eat most often are edible seed pods. Take snap peas or okra, for instance. Other vegetables have seed pods you can eat as well, but the less adventurous may never have tried them. Eating seed pods seems to be one of those overlooked and underappreciated delicacies that past generations ate with no more thought than you would give to munching on a carrot. Now it’s your turn to learn how to eat seed pods.

How to Eat Seed Pods

Legumes are the most common seed pods you can eat. Others, like Kentucky coffeetree, have pods that are dried, crushed, and then blended into ice cream and pastries as a flavor enhancer. Who knew?

Maple trees have little “helicopter” edible seed pods that can be roasted or eaten raw.

When radishes are allowed to bolt, they produce edible seed pods that mimic in flavor to that of the type of radish. They are good fresh but especially when pickled.

Mesquite is prized for flavoring barbeque sauce but the immature green pods are soft and can be cooked just like string beans, or dry mature pods can be ground into flour. Native Americans used to use this flour to make cakes that were a food staple on long journeys.

The pods of Palo Verde trees are seed pods you can eat as are the seeds inside. The green seeds are much like edamame or peas.

A lesser known member of the Legume family, catclaw acacia is named for its claw-like thorns. While the mature seeds contain toxin that can sicken a person, immature pods can be ground and cooked into a mush or made into cakes.

Other pod bearing plants are utilized for the seed alone; the pod is discarded much like an English pea pod.

Desert ironwood is native to the Sonoran Desert and eating seed pods from this plant was an important food source. The fresh seeds taste much like peanuts (another food staple in a pod) and were either roasted or dried. Roasted seeds were used as a coffee substitute and dried seeds were ground and made into a bread-like loaf.

Tepary beans are climbing annuals like pole beans. The beans are shelled, dried, and then cooked in water. The seeds come in brown, white, black, and speckled with each color having a bit of a different flavor. These beans are especially drought and heat tolerant.