What Does Landrace Mean – Learn About Landrace Plant Species 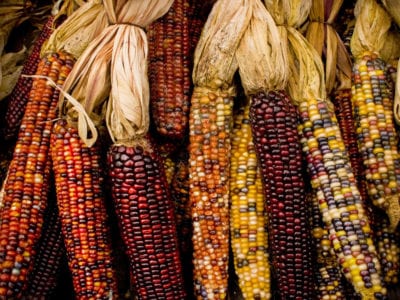 A landrace sounds a bit like something out of a Harry Potter novel, but it’s not a creature of fantasy. What does landrace mean then? Landrace in plants refers to a traditional variety that has adapted over time. These plant varieties are not genetically bred but have, instead, evolved different traits naturally. They are not cloned, hybrids, cultivars, or bred with any human intervention.

What Does Landrace Mean?

Landraces of crops are most closely aligned with heirlooms, being that they are naturally occurring. They are indigenous to a certain region and developed their characteristics in response to the growing conditions of that area. Landrace plant species are relatively rare because many have been supplanted with bred crops and have died out due to changing climate and human intervention.

Plant varieties aren’t the only species that exist in this category. There are also landrace animal breeds. Landrace plant varieties are characterized by origin, genetic diversity, adaptation, and lack of human manipulation.

One classic instance is when a farmer saves seed from a favorable crop which had certain attributes. This seed mutated itself to achieve traits that were favorable for its growing environment. The same plant in another region might not develop those qualities. This is why landraces are site and culturally specific. They have evolved to withstand the climate, pests, diseases, and cultural practices of a locality.

Similar to heirloom varieties, landraces must be preserved. Keeping these strains increases biodiversity and genetic variation, which is crucial to a healthy environment. Landraces of crops are often preserved by continuous growing but more modernly are kept in seed vaults or gene banks.

Sometimes the seed is kept but other times it is genetic material from the plant kept at a very cold temperature. Many national heritage programs focus on identifying and conserving landrace plant species.

Individual local organizations preserve landraces specific to the region, but globally several organizations are contributing to the effort. The Svalbard Global Seed Vault is an important player in landrace conservation. The International Treaty on Plant Genetic Resources for Food and Agriculture focuses on sharing benefits from different landraces and sustainable agriculture to ensure food security. The Food and Agriculture Organization of the United Nations has put together a Global Plan of Action for plant genetics.