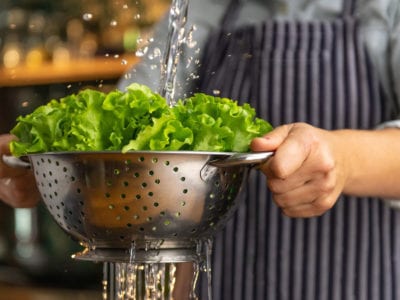 When the temperature gets near the triple digits and you’re cooling off with a chilled watermelon wedge, you should thank the hydrocooling method. What is hydrocooling? The method of hydrocooling is used to quickly chill produce post-harvest so it can get to your dinner table. Read on to learn more.

Very simply, the method of hydrocooling is a way to rapidly cool produce by running near-freezing water over fruits and vegetables immediately after they are harvested. Without hydrocooling vegetables and fruits, once they have been harvested, the quality of the produce begins to decline, hence its shelf life. So how does hydrocooling work exactly?

Once produce is harvested, it is still alive and reacts to oxygen to form carbon dioxide, water, and heat which begins the process of breaking the produce down. This is called natural respiration. Harvesting at night does nothing to stall natural respiration, which is where the hydrocooling method comes in.

With hydrocooling, you are rapidly running chilled water over the freshly picked fruit and veggies, quickly dropping their temperature and eliminating tissue damage, thus extending shelf life. Water may be either cooled with ice, a refrigeration system, or a hydrocooling system specifically for hydrocooling produce.

During the process, the water is sanitized with one of a variety of products. Hydrocooling is used to lower temperatures quickly but cannot be used solely to cool and store produce. Instead, it is often used in conjunction with forced air cooling or room cooling.

While there are a number of fruits and veggies that respond well to the hydrocooling method, here are some of the more common ones: