Benefits Of Opossums: Are Possums Good To Have Around 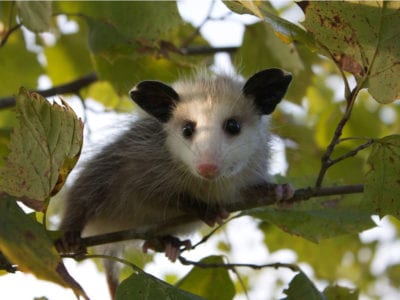 America’s only marsupial tends to have a bad reputation. Perhaps, it’s the opossum’s appearance and nocturnal lifestyle that makes this creature so unappealing. After all, spotting a large, rat-like creature with beady eyes and a scavenger’s appetite in a beam of light is just plain creepy.

Are Possums Good to Have Around?

Surprisingly, the answer is yes. Compared to other types of wildlife, they are very helpful. Opossums not only play an essential role in the ecosystem, but they can also be a valuable asset to your garden, in spite of the fact that most people are quick to control their numbers.

Opossums, sometimes called possum, benefit your garden by ridding it of small insects and pests. As omnivores, opossums consume a variety of foods. This includes the beetles, slugs, and snails that damage garden plants.

These nocturnal creatures also consume plant matter. In general, the opossum prefers fallen or rotting vegetation to fresh. Cleaning up dropped fruits and vegetables, which can harbor disease, is another benefit to having these creatures around.

In many areas of the United States, tick populations have been increasing. These pests are carriers of Lyme disease and Rocky Mountain spotted fever. As ticks have become more numerous, so have the incidents of tick-borne diseases. Horticultural activities, such as weeding, put gardeners at increased risk.

One of the biggest benefits of opossums is their ability to control ticks. As meticulous groomers, opossums consume about 95 percent of the ticks which hitch a ride on their mammalian bodies. It’s estimated that a single opossum eliminates over 5,000 ticks from the environment each year.

Unfortunately, there are also some disadvantages to having the helpful opossum hanging around your home and garden. Consider these opossum facts before enticing them to stay: