Fireflies As Pest Control – How Are Fireflies Beneficial To Gardens 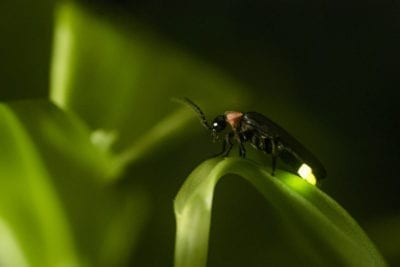 Fireflies are a treasured part of the summer garden. Also known as lightning bugs, these insects are unique for their ability to “light up” as they fly through the air on a hot and humid evening. Common in backyards, many gardeners may have never considered whether or not this insect is a garden friend or foe. By learning more about lightning bugs and about their life cycle, home gardeners are able to feel more confident about the benefits of fireflies and their ability to encourage more frequent visits from this insect.

Adult fireflies are very common in gardens. In fact, even those living in larger cities have likely encountered this insect as the sun has started to set. Adult fireflies are those which are most easily identified. More specifically, male lightning bugs are typically the ones seen flying throughout the garden. As they glow, they actively seek female bugs.

The female will then “answer” with her own signal. Though adults are most common, larval fireflies also exist in the garden. As with any insect, the garden will be impacted in different ways depending upon their growth cycle.

Adult fireflies feed on plant nectar in the garden. While these flying insects may sometimes assist with pollination, it is unlikely that it is reliable to count on lightning bugs as pest management. Though the adult lightning bugs do not feed on garden insects, this does not mean there are no benefits to fireflies.

Like the adult insect, the firefly larvae also glow. That said, glow worms are often difficult to find, as they are known to hide in leaves and other garden debris. In the larval form, fireflies feed on other insects in the soil – such as slugs, snails, and caterpillars.

Encouraging the presence of lightning bugs and their larvae in your garden is easy. Growers can entice fireflies to visit their gardens by reducing or stopping the use of chemical treatments. Additionally, small plantings of nectar-rich flowers will help to encourage populations of adult insects.

Lightning bug larvae will most commonly be found in garden beds and areas of soil in which the ground has not been disturbed.