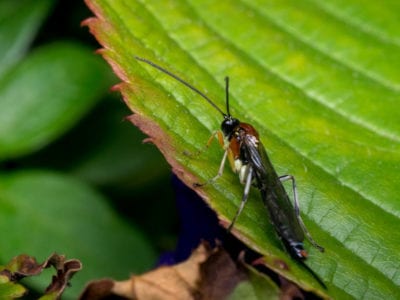 You might think that the last thing you want in your garden is wasps, but some wasps are beneficial insects, pollinating garden flowers and helping in the fight against pests that damage garden plants. There are several different types of wasps that are predatory. Predatory wasps collect insects by the dozens to provision their nests or they use harmful insects as hatcheries for their young.

What are Predatory Wasps?

Although there are many different types of predatory wasps, most of them have a few things in common. They are generally 1/4-inch (0.5 cm.) or so in length and capable of delivering a painful sting. They vary in appearance, but most of them have bright yellow or orange bands of color. The flashy colors act as a warning to any animal that may want to eat them. All predatory wasps have four wings and a skinny, thread-like waist that connects the thorax to the abdomen. You may encounter some of these predatory wasps in gardens: