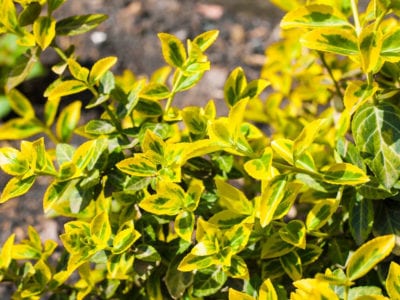 Evergreen shrubs are useful for year-round color and privacy. Many varieties also offer shelter and food for wildlife. The upper Midwest states of Minnesota, Iowa, Wisconsin, and Michigan have climate extremes, but many varieties of evergreen can thrive here.

When choosing evergreen bushes to grow in the northern Midwest, it’s important to find those that will be hardy enough for the cold and snowy winters. These shrubs also need to be able to handle hot summers, sometimes variable conditions, and stormy spring and fall seasons.

Also, make selections based on what you need in your yard. For instance, if you want a year-round privacy screen in your backyard, choose a species that will grow tall enough. In addition to looking at evergreens that grow in this general region, make sure you match species to your local conditions and specifics like soil type.

Growing upper Midwest evergreens, once the shrubs are established, doesn’t require a lot of maintenance. Be sure to give them the best start though. Plant evergreens in spring or early summer, before it gets too hot. Water early on until roots get established and also during droughts.

Mulch around shrubs to hold in moisture and keep weeds down. Wrap more vulnerable shrubs, such as yews, holly, fir, arborvitae, rhododendron, and boxwood in burlap during winter to prevent dieback.

There are plenty of options for evergreen shrubs that will do well year-round in the northern Midwest. Some options are:

Printer Friendly Version
Read more about East North Central
<PreviousNext>
Did you find this helpful? Share it with your friends!
FacebookTweetPinEmail
Related Articles
Newest Articles
You might also like…
Additional Help & Information