Zone 3 Vegetable Gardening: When To Plant Vegetables In Zone 3 Regions 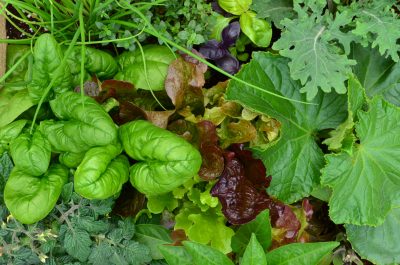 Zone 3 is cold. In fact, it’s the coldest zone in the continental United States, just barely reaching down from Canada. Zone 3 is known for its very cold winters, which can be a problem for perennials. It’s also known for its especially short growing season, which can be a problem for annual plants as well. Keep reading to learn more about when to plant vegetables in zone 3 and how to get the best out of zone 3 vegetable gardening.

Just like minimum temperature, none of these dates are a hard and fast rule, and they can deviate even from their several week window. They’re a good approximation, however, and the best way to determine a planting schedule.

So, when to plant vegetables in zone 3? If your growing season coincides with the unluckier average frost dates, that means you’re going to have just three months of frost-free weather. This is simply not enough time for some vegetables to grow and produce. Due to this, an essential part of zone 3 vegetable gardening is starting seeds indoors in the spring.

If you start seeds indoors as early as March or April and transplant them outdoors after the last frost date, you should be able to have success even with hot weather vegetables like tomatoes and eggplants. It helps to give them a boost with row covers to keep the soil nice and warm, especially early in the growing season.

Cooler weather vegetables can be planted directly in the ground in mid-May. No matter what you do, always opt for early maturing varieties. There’s nothing sadder than nurturing a plant all summer only to lose it to frost before it’s even ready for harvest.