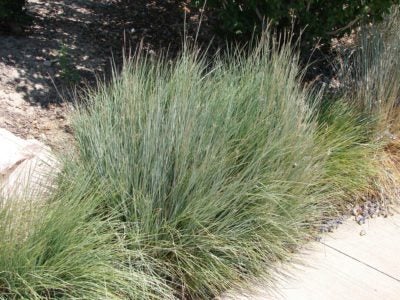 Hardiness is always an issue of concern in any ornamental plant for the landscape. Ornamental grasses for zone 5 must withstand temperatures that can dip down to -10 degrees F. (-23 C.) along with the ice and snow that are attendant to this region’s winters. Many grasses are drought tolerant and thrive in warm to temperate regions, but there are also some, especially native species, that can survive such extreme temperatures. Finding hardy ornamental grass plants often starts with contacting your local extension office, which is uniquely equipped to pare down the offerings and advise you on hardy plants for your zone.

Ornamental grasses offer movement, dimension, foliage appeal, and interesting inflorescences to perk up the landscape. They are also usually easy to care for and have minimal maintenance once you find the right species. Ornamental grass varieties in zone 5 should be “cool season grasses,” able to withstand some of the most extreme growing conditions in the Northern Hemisphere. Many are hardy down to USDA hardiness zones 3 to 4 with amazing tolerance of cold winters and unmatched beauty in short, hot summers.

Most ornamental grasses prefer to grow in low nutrient, well-draining soil. There are both sun and shade tolerant varieties and a host of different sizes from which to choose. Native grasses form a base from which to start, as they are already adapted to the region’s temperatures and unique climate.

Any of these native species will provide excellent options as zone 5 ornamental grasses.

Introduced species known for their vigor and adaptability enhance the landscape and offer a variety unmatched by native grasses. Cool season grasses necessary for landscapes in zone 5 commence growth in spring when temperatures are no longer freezing. They tend to flower earlier than warm season grasses and have brighter spring foliage.

Many of these are Asian transplants like hakone grass, Japanese silver grass, and Korean feather reed grass. Each offers a different foliage color, inflorescence, and medium sized specimen suitable for edges of paths, borders, and even containers. Many of the elegant fountain grasses are hardy zone 5 ornamental grasses. Their mounding form and attractive plumes enhance even partial shade locations of the garden.

In addition to hardiness, ornamental grass varieties in zone 5 should fit the landscape and your plants. This means not only exposure conditions but the size of the plant at maturity. The big pampas grasses aren’t reliably hardy to zone 5 but there is a hardy form, Ravenagrass, which can survive to zone 4.

A good alternative are some of the Miscanthus varieties. A few of these can approach 8 feet (2 m.) in height with lovely feathery plumes that persist into winter, adding extra interest to the garden.

Giant sacaton grows 5 to 7 feet (1.5-2 m.), is hardy to zone 4, and has arching foliage with an inflorescence that soars above the base leaves.

Whether you go native or introduced, there is a cool season ornamental grass for any landscape need.