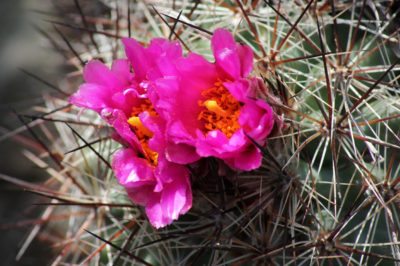 If you live in USDA plant hardiness zone 5, you’re accustomed to dealing with some very cold winters. As a result, gardening choices are limited, but maybe not as limited as you think. For example, there are several types of cold hardy cactus that tolerate sub-zero winters. Want to learn more about cactus plants for zone 5? Keep reading.

Here are some of the best cactus plants for zone 5 landscapes:

Tips on Growing Cactus in Zone 5

Cacti like lean soil with an alkaline or neutral ph. Don’t bother improving the soil with peat, manure, or compost.

Don’t mulch the soil around cacti. However, you can top-dress the soil with a thin layer of pebbles or gravel.

Water cactus regularly during the summer months but allow the soil to dry between waterings.
Discontinue watering in autumn so cacti have time to harden off and shrivel before winter.

If possible, plant your cactus near south or west-facing walls, or near a concrete driveway or sidewalk (but safely away from play areas or other places where the spines can cause injury).