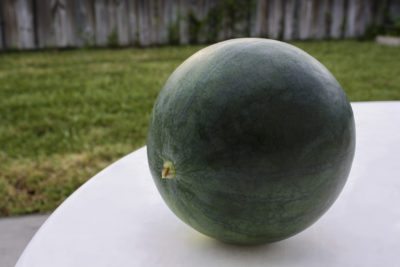 Love watermelon but haven’t had any luck growing them in your northern region? Watermelons like hot, sunny sites with fertile, well-draining soil. When I say hot, they need two to three months of heat to produce. This makes growing watermelons in say USDA zone 5 quite a challenge, but not totally impossible. The following article contains tips about growing watermelons in zone 5.

Watermelons are heat seekers, usually the warmer the better. That said, when looking for zone 5 watermelons, you’re not focusing on finding cold hardy watermelon plants, but on days to harvest. Look for watermelon varieties that ripen in less than 90 days.

Suitable watermelons for zone 5 include:

Another watermelon variety, Orangeglo, is one of the cold hardiest of all the watermelon varieties. This orange fleshed variety is super fruity and sweet and has been known to grow in zone 4 with protection!

As mentioned, growing watermelons in zone 5 is a challenge but, with some garden tricks, is possible. Choose the cultivar with the shortest time from germination to harvest. You can either sow the seeds directly outside or inside for later transplant, which will add two to four weeks to the growing season.

If you sow directly outdoors, the approximate date to sow for zone 5 is May 10th to 20th. If you are going to sow indoors, keep in mind that watermelons are terribly susceptible to root damage, so transplant them with care and be sure to harden off the plants to acclimate them to the outdoors.

Watermelons are heavy feeders. Prior to planting, prepare the bed by amending it with seaweed, compost, or rotted manure. Then cover the soil with black plastic to warm it. Warmth is the key here. Some gardeners even plant their watermelons directly in their compost piles, a naturally warm arena chock full of nitrogen. Plastic mulch and floating row covers should be sufficient to trap warm air and keep it near the plants and are imperative for zone 5 watermelon growers.

If sowing seeds indoors, sow them at the end of April or two to four weeks before the transplant date. Each seedling should have two or three mature leaves before transplanting. Plant the seeds in peat pots or other biodegradable pots that can be plopped right into the garden soil. This will help avoid root damage. Transplant the seedlings complete with their biodegradable pot through plastic mulch and into the garden soil.

Cover the area with plastic tunnels or fabric covers to protect the seedlings from cool temps as well as insects. Remove the covers after all chance of frost has passed.

Use drip irrigation or soaker hoses to provide the plant with a deep watering of 1 to 2 inches (2.5-5 cm.) per week. Mulch around the plants to conserve moisture and retard growth.

With just a little planning and some extra TLC, growing watermelons for zone 5 melon lovers isn’t just a possibility; it can be a reality.