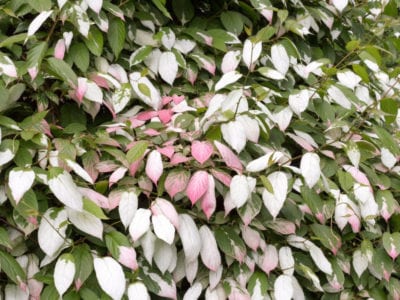 What kiwis grow in zone 8? Actually, most kiwis can. There are two main types of zone 8 kiwi vines: fuzzy kiwis and hardy kiwis.

Hardy or fuzzy, most kiwi vines require male and female plants to bear fruit. Even self-fertile hardy kiwi variety Issai will produce more fruit with a nearby male plant.

In early spring, before growth begins, fertilize kiwi vines with a slow-release fertilizer to avoid fertilizer burn, which kiwis can be sensitive to.

Fuzzy zone 8 kiwi varieties may be harder to come by, while hardy kiwi vines are now widely available at garden centers and online nurseries.

For fuzzy kiwi fruit for zone 8, try the varieties ‘Blake’ or ‘Elmwood.’

Kiwi vines require a strong structure to climb upon. Plants can live up to 50 years and their base can become like a small tree trunk over time. They require well-draining, slightly acidic soil and should be grown in an area sheltered from cold winds. The main pests of kiwi vines are Japanese beetles.