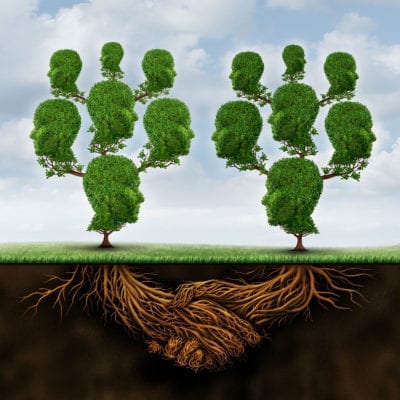 Very committed and slightly crazy gardeners like to humanize their plants. Could there be some grain of truth in our desire to think plants are like people? Can plants talk to each other? Do plants communicate with us?

These questions and more have been studied, and the verdicts are in…. sort of.

Plants have truly amazing adaptability and survival techniques. Many can survive long periods in near darkness, others can fend off competing plants with toxic hormones, and still, others can even move themselves. So it’s not out of the realm of possibility that plants can communicate. Just what do plants use to communicate?

Many gardeners have been caught red-faced as they sing or chatter to their houseplants. Such talk is said to be good for growth and overall health. What if we discovered that plants really do talk to each other though? Instead of inert, immobile life, this possibility makes us look at plants in a whole new way.

If plants do communicate, what are they trying to say? What they say and how they say it is the subject of many new studies and not just fantasy anymore. Such studies prove kinship, claustrophobia, turf wars, and other human interactions.

What Do Plants Use to Communicate?

Certain organic compounds and even their roots help plants communicate with each other. Plant auxins and other hormones influence growth and other processes.

Juglone is a classic example of a toxic hormone emitted from black walnut trees that has the ability to kill other plants. It is the walnut tree’s way of saying, “don’t crowd me.” Plants in crowded situations often emit chemicals or experience “canopy shyness,” where they grow away from a species whose leaves are touching them.

Emitting a chemical that alters another plant’s growth seems sci-fi, but it really happens in some situations. Encouraging other plants to protect themselves is another way that plants can communicate. Sagebrush plants, for example, emit camphor when their leaves are damaged, which is an inheritable trait and causes another sagebrush to do the same. Such traits indicate kinship among each species.

Can Plants Talk to Each Other?

Scientists have found plants talking with their roots. They literally share information through underground fungi networks. In such networks, they can communicate various conditions and send nutrients to a needy tree. These connected networks can even warn about an insect swarm. Pretty cool, huh?

Nearby trees that receive the warning then emit insect-repelling chemicals. Recent studies indicate that plants transmit information through electrical pulses. There is a long way to go in plant communication studies, but the field has gone from tinfoil hat to bonafide reality.