Insects Protecting Their Children – Do Insects Care For Their Young 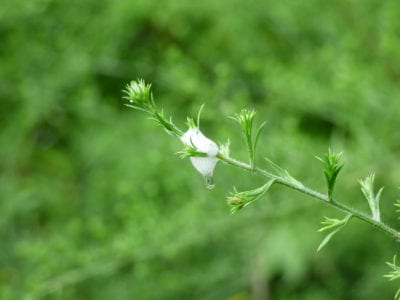 Animals are known for their fierce protection and devotion to their offspring, but did you ever wonder how insects protect their young? The instinct to preserve children of any species is strong and likely extends to insects. Just as a mother lion keeps her cubs safe, it’s possible an insect parent will similarly watch over its young.

Do Insects Care for Their Young?

Do insects care for their young? Well, not in the same sense as humans or even other animals. Much of the insect life cycle consists of laying eggs and moving on. Most species are not especially attentive parents but often do give their children a way of protecting themselves. Nature has a way of creating the necessary defenses so young have a chance to grow up and reproduce themselves.

It is rare for both insect parents to care for their brood, but it does happen in a few cases. Wood roaches, dung beetles, passalid beetles, and some bark beetles engage in bi-parental care during some portions of the life cycle.

Burying beetle males are on the papa job full time in a rare co-parenting marathon. Hive and colony activity highlights group infant care such as in a beehive or ant colony. This involves many insects protecting the young. Bugs do exhibit behaviors like hiding eggs and providing food.

How Insects Protect Their Young

In addition to evolving insect defenses for offspring, active parenting comes in several forms. Some insects will gather nymphs or young onto their backs or around them to shelter them from predators. The giant water bug father, for example, carries the eggs on his back until they hatch. The female Brazilian tortoise beetle gathers her young under and around her.

Other insects, such as wood roaches, do stick around for a while as the young develop into adults. Wood roaches care for eggs for up to three years until they hatch. Web spinner mothers stay with their young and protect them in silken galleries. While unusual, insects protecting their children does occur.

Still, it is the norm for insects to drop and run. What they do leave behind are specialized defenses unique to each species.

The more common way insect parents protect young is by leaving behind chemical defenses. Feces is a popular deterrent, for instance. It may form a shield, repel via smell or taste, and send a homing signal. In the case of dung beetles, both parents share in the young’s care, with the male going off to hunt while the female enlarges her brood balls. Mothers are usually concerned with their eggs and may leave behind a toxin or chemical that wards off predators.

Spittlebug mothers leave froth around the eggs which hydrates them and shields them from enemies. Eggs are deposited in secret hiding spots or coated with a protective shield.

Insects aren’t the most loving of parents, but they do try to ensure their young’s survival with certain natural tricks.