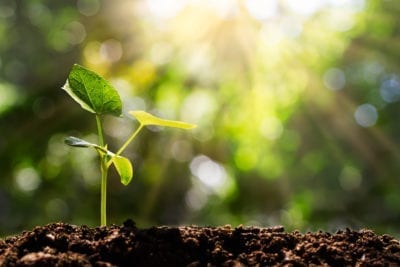 The calculation starts with a base temperature or “threshold” under which a certain insect or plant would not grow or develop. Then the high and low temperatures for the day are added together and divided by 2 to get an average. The average temperature minus the threshold temperature gives the GDD amount. If the result is a negative number, it is recorded as 0.

The GDD is recorded for each day of the season, starting and ending with a specific day, to get the accumulated GDD.

The importance of GDD is that those numbers can help researchers and growers predict when an insect enters a certain stage of development and aid in control. Likewise, for crops, the GDD can help growers predict growth stages such as flowering or maturity, make seasonal comparisons, etc.

How to Use Growing Degree Days in the Garden

Tech savvy gardeners may want to get in on this GDD information to use in their own gardens. Software and technical monitors can be purchased that record temperatures and compute the data. Your local Cooperative Extension Service may distribute GDD accumulations via newsletters or other publications.

You can figure your own calculations using weather data from the National Oceanic and Atmospheric Administration (NOAA), Underground Weather, etc. The extension office may have the threshold temperatures for various insects and crops.

Gardeners can make predictions on the growing habits of their own produce!