Holiday Plant History – Why Do We Have Christmas Plants 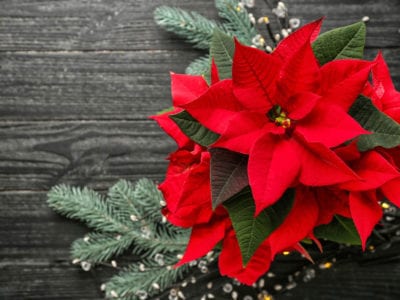 The holiday season is a time to bring out your festive décor, whether new or treasured heirlooms. Along with the seasonal décor, many of us incorporate holiday plants traditionally given or grown during the season, but have you ever wondered how holiday plants became popular?

The history behind Christmas plants is as interesting as the plants themselves. The following holiday plant history answers these questions and delves into why we have Christmas plants.

Why Do We Have Christmas Plants?

The holidays are a time of giving and there is no nicer gift than that of a seasonal plant, but why do we have Christmas plants? Whose idea was it to decorate a Christmas tree, hang mistletoe, or deem the amaryllis a Christmas bloom?

It turns out that there are reasons for growing holiday plants and more often than not these reasons are centuries old.

Many of us bring families and friends together to decorate a Christmas tree, which then turns into the central gathering place in the home through the holiday season. This tradition began in Germany in the seventeenth century, the first record of a Christmas tree is in Strasburg in 1604. The tradition was brought to the United States through German immigrants and Hessian soldiers who fought for the British against the colonists.

The holiday plant history behind the Christmas tree is a bit murky, but historians have found that some northern Europeans believed that evergreens possessed godlike powers and symbolized immortality.

Some people believe the Christmas tree evolved from the Paradise tree during the Middle Ages. During this period, miracle and mystery plays were popular. One in particular was performed on December 24th and dealt with the fall of Adam and Eve and featured the Paradise Tree, an evergreen bearing red apples.

Some say the tradition began with Martin Luther during the sixteenth century. It is said that he was so awed by the beauty of evergreens that he cut one down, brought it home, and decorated it with candles. As Christianity spread, the tree became a Christian symbol.

For some, the holidays aren’t complete without a potted poinsettia or a sprig of mistletoe hung for a kiss. How did these holiday plants become popular?