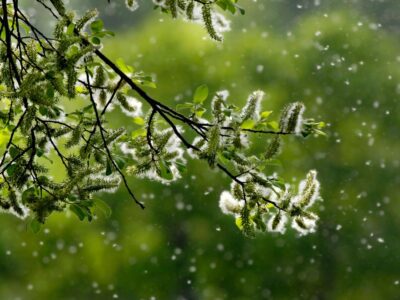 For many gardeners, few things bring more joy than watching as the bees buzz about the growing space pollinating various fruits, vegetables, and flowering plants. Without pollination, many of our favorite food crops would cease to exist.

Though beneficial insects undoubtedly play a major role in garden production and in the large picture of plant reproduction, some plants use other means in order to be fertilized and to set seed. Wind pollination for plants is just one example of this. Learning more about how wind pollination works can help us gain a better understanding of this interesting process.

Wind pollination is used by several types of plants for reproduction. Among the most common wind pollination examples are various types of grasses, grains, and even trees. Wind pollinated plants are also found in the home vegetable garden.

Though pollination can be aided by growers, corn is just one example of a plant which relies on the wind for a bountiful harvest. Various species of wind pollinated flowers vary in form, however, they’re generally classified by having only one male/female reproductive structure or by having both structures on the same plant.

Wind pollination of plants begins with the release of large amounts of fine pollen. This release of pollen may be especially familiar to those who suffer from issues related to seasonal allergies. Though most of these plants do not produce conventional flowers, wind pollinated flowers are often small and otherwise unnoticeable. Unlike those which are used to attract insects, wind pollinated flowers are seldom colorful or fragrant.

Pollen is often dispersed by the plants over a period of time when conditions for spreading are ideal which, most often, is when conditions are cool and dry. Wind pollination advantages exist in instances of mass plants or where pollen may need to be carried great distances. In this process, pollen is able to be effectively carried to same-type plants with receptive female structures.

Though large amounts of pollen are released by wind pollinated flowers and plants each season, there are several factors which limit the success of this method. Hot and humid conditions and/or rainfall may greatly inhibit the plant’s ability to spread its pollen.

Printer Friendly Version
Read more about Other Propagation Methods
<PreviousNext>
Did you find this helpful? Share it with your friends!
FacebookTweetPinEmail
Related Articles
Newest Articles
You might also like…
Additional Help & Information