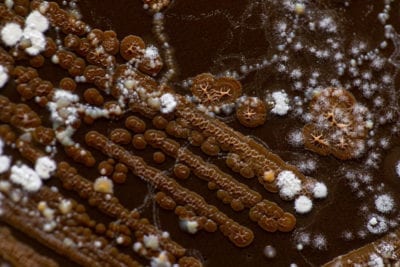 Soil microbes are an important part of the soil system and are present and varied in all soils everywhere. These may be unique to the area where they are found and adapt to changing conditions there. Do soil microbes adapt to different regions though?

A group of microbes called Rhizobia are among the most important in nature’s soils and also in agricultural systems. These are adaptable to different regions in some situations. These form symbiotic relationships with a variety of plants, especially those categorized as legumes. Rhizobia helps these plants, such as peas and beans, get necessary nutrients.

Primarily nitrogen in this case, most all plants need this nutrient to survive and grow. In return, Rhizobia get a free home. When growing beans or other legumes, the plant “feeds” the Rhizobia carbohydrates, an additional aspect of the symbiotic relationship.

Microbes form within the root system. They become lumpy structures, called nodules. Microbes perform in this manner in all climates and regions. Should microbes be moved to a different region, the process may continue or the Rhizobia may go dormant. As such, climate adaptations of soil microbes vary between situations and locations.

When Rhizobia are active, their primary function is to grab nitrogen from the air and transform it to a nutrient in the soil that plants can use, such as members of the legume family. The end result is called nitrogen fixation.

This is the reason growing crops like green beans and peas need little to no additional nitrogen fertilizer. Too much nitrogen can create a flush of beautiful foliage, but limit or stop blooms. A companion planting with legume family crops is helpful, as it helps use the nitrogen.

Strains of Soil Microbes and Climate

Groupings of microbes and Rhizobia are not always adaptable within a limited area. Strains are identified as similar microbes sharing comparable genetics. Scientists discovered that strains from within the same small country differed in how they adapted to varying climates.

The short answer is that some climate adaptations of soil microbes are possible, but not likely. In different climates, microbes are more likely to go into dormancy.