About Beer Plant Food: Tips On Using Beer On Plants And Lawn 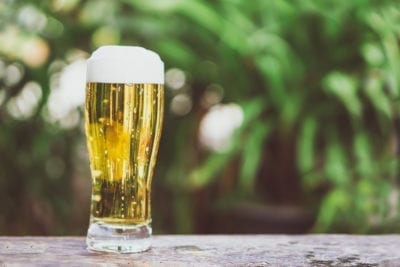 An ice cold beer after a hard day of work in the garden may refresh you and quench your thirst; however, is beer good for plants? The idea of using beer on plants has been around for a while, possibly as long as beer. The question is, can beer make plants grow or is it just an old wives’ tale?

Two ingredients in beer, yeast and carbohydrates, seem to foster the idea that watering plants with beer plant food has some benefit to the garden. Additionally, beer is made up of about 90 percent water, so logically, since plants need water, watering your plants with beer might seem like a good idea.

Watering plants with beer, however, might be a bit of an expensive option even if you aren’t using a pricey import or microbrew. Plain old water is still the best (and least expensive) irrigation option, although a shot of club soda is said to accelerate plant growth.

As for using beer on the lawn, I read an Internet post that recommended mixing baby shampoo, ammonia, beer and some corn syrup in a 20-gallon hose end sprayer. The ammonia serves as nitrogen source, the beer and corn syrup as fertilizer, and the shampoo as a surfactant to reduce water repellency — supposedly. This sounds like a potential project for a group of bulky frat boys looking for something to do with the leftover keg on the porch.

The carbohydrates in beer are known as simple sugars. Anyone who has seen another person who drinks vast quantities of beer with that telltale beer belly can probably guess that these types of carbs are no better for plants than people. Plants utilize complex carbohydrates, and thus, beer as fertilizer is a bust.

And then there is the yeast used in the beer making process. Why people think this may be beneficial to plants is a conundrum. Yeast is a fungus. When you add a fungus to the soil around plants (such as when using beer as fertilizer), the fungus grows. Growth of the fungus is most often accompanied by a nasty stench and doesn’t aid in feeding your plant at all. It just stinks.

In the end, we come to the conclusion that using beer on plants is really unnecessary and expensive, and possibly really stinky. If you must find something to do with leftover beer, slugs find it irresistible and will crawl into a bowl of stale beer and drown. This is a good organic solution to slug assault on the garden.

Beer can also be used in cooking such as meat tenderizing, bread making, and in soups or stews. Additionally, it can be used to remove stains and clean jewelry, but remember that yeast thing.