Cyclamen Care After Flowering: How To Treat Cyclamen After Blooming 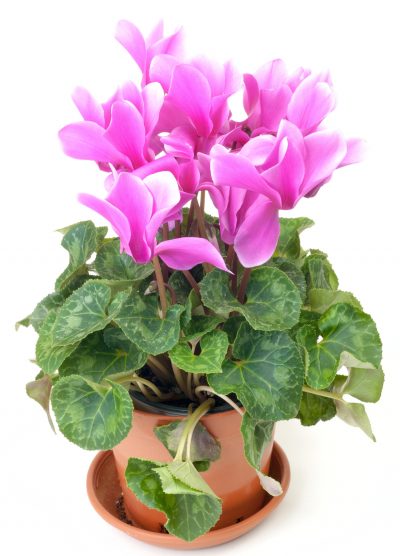 Although there are more than 20 species of cyclamen, florist’s cyclamen (Cyclamen persicum) is the most familiar, typically given as gifts to brighten up the indoor environment during late winter’s gloom. This little charmer is especially popular around Christmas and Valentine’s Day, but what about caring for cyclamen after flowering? If you’ve been wondering how to treat cyclamen after blooming, read on to learn how to do just that!

What to do with a cyclamen after flowering? Often, florist’s cyclamen is considered a seasonal gift. It can be difficult to get a cyclamen to rebloom, so the plant is frequently discarded after it has lost its beauty.

Although keeping cyclamens after blooms fade is a bit of a challenge, it’s definitely possible. Proper light and temperature are the keys to caring for cyclamen after flowering.

How to Treat Cyclamen After Blooming

It’s normal for cyclamen to lose its leaves and go dormant after flowering. The plant requires a period of dormancy during the summer, so the tuberous root has time to re-energize for the coming blooming season. Here are the steps:

Printer Friendly Version
Read more about Cyclamen Plants
<PreviousNext>
Did you find this helpful? Share it with your friends!
FacebookTweetPinEmail
Related Articles
Newest Articles
You might also like…
Additional Help & Information