Move A Houseplant Outside: How To Harden Off Houseplants 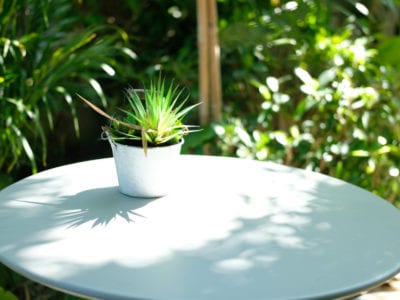 The amount of stress plants receive can be greatly reduced when you know how to harden off houseplants. Whether it’s a houseplant that’s spending summer outdoors or one that’s been brought in from the cold, all plants need to be hardened off, or acclimated to their new environment.

This adjustment period allows plants to adapt to their surroundings slowly, which reduces the amount of stress most often associated with shock. Although leaf drop is a common occurrence during this transition, once the plant stabilizes (usually within two weeks to two months), it will eventually regrow its foliage and begin to flourish in its new location.

Most houseplants benefit from and enjoy spending summers outdoors. To move a houseplant outside, wait until early summer when nighttime temperatures are equal to those indoors. Summer sun can be quite intense on indoor plants unaccustomed to this much heat or light.

In fact, summer sun can quickly scald or burn plants. Therefore, it is best to acclimate houseplants in shadier areas first, gradually increasing the amount of sunlight they receive.

Once the plants become accustomed to their outdoor setting, you can gradually place them in early morning or late afternoon sun. For example, move plants to a shady porch or beneath a tree for a couple weeks, then move them to a partially shady site, and finally full sun (if acceptable for the plants in question).

Keep in mind that during the most intense heat of the day, plants will need to be protected. Also, increased temperatures and dry or windy conditions will mean more watering. In addition, the increased light will spawn an increase in growth, so fertilizing may also be necessary for some.

When moving houseplants back indoors, the same adjustment period is needed but in reverse. Begin taking plants inside when the temperatures cool down in late summer or early fall, depending on your climate, but well before any threat of frost is imminent. Inspect the plants carefully for pests or other problems and wash them off before returning them to your indoor environment.

Then, place the plants in a bright window prior to moving them to their original location. If desired, and oftentimes recommended, move the houseplants to a partially shady site and then to the porch (or under a tree) before bringing them indoors for good.

Hardening off houseplants isn’t difficult but it is necessary in order to reduce the amount of stress received during relocation to a new environment.