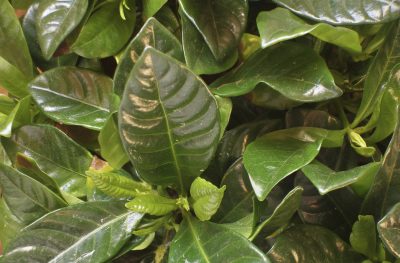 Gardenias are a favorite of gardeners in warm climates, who understandably love the plant for its glossy green leaves and sweet smelling white flowers. However, this exotic plant can be somewhat finicky and it can be difficult to determine the reason when a gardenia plant is not blooming. If your gardenia won’t flower, there are several possible factors that may be to blame. Read on to learn about the most common reasons when there are no blooms on gardenias.

Troubleshooting when there are no flowers on gardenia plants is often necessary in order to pinpoint the best possible reason.

Bud drop– If buds are developing and then falling off the plant before flowering, the problem is likely environmental. Be sure the plant gets sunlight, preferably in the morning with shade during the heat of the afternoon. Gardenias prefer well-drained, acidic soil with a pH of less than 6.0. Soil with an improper pH may be the reason when there are no blooms on gardenias.

Lack of nutrition– Feed gardenias lightly in early spring after all danger of frost has passed using a fertilizer formulated for gardenias, rhododendrons, azaleas, and other acid-loving plants. Repeat in about six weeks to ensure the plant has adequate nutrition to support continued blooming.

Pests– A severe insect infestation may be to blame when a gardenia won’t flower. Gardenias are susceptible to attacks by spider mites, aphids, scale, and mealybugs; all of which are usually easily controlled by regular applications of insecticidal soap spray.

Printer Friendly Version
Read more about Gardenia
<PreviousNext>
Did you find this helpful? Share it with your friends!
FacebookTweetPinEmail
Related Articles
Newest Articles
You might also like…
Additional Help & Information