Lifespan of Geranium Flowers: What To Do With Geraniums After Blooming 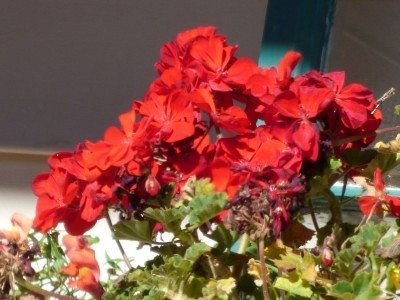 Are geraniums annual or perennial? It’s a simple question with a slightly complicated answer. It depends upon how harsh your winters are, of course, but it also depends upon what you’re calling a geranium. Keep reading to learn more about the lifespan of geranium flowers and what to do with geraniums after blooming.

Pelargoniums are native to South Africa and are only hardy in USDA zones 10 and 11. Though they can live for many years in warm climates, they are often just grown as annuals in most places. They can also be grown in containers and overwintered indoors. The common geranium lifespan can be many years, as long as it never gets too cold.

True geraniums, on the other hand, are much more cold hardy and can be grown as perennials in many more climates. Most are winter hardy in USDA zones 5 through 8. Certain varieties can survive the hotter summers in zone 9, and some others can survive, at least as far as the roots, in winters as cold as those in zone 3.

The true geranium lifespan, as long as it’s cared for well, can be many years long. They can also be easily overwintered. Certain other varieties, such as Geranium maderense, are biennials that will survive most winters but have a lifespan of only two years.

So to answer “how long do geraniums live,” it really depends on where you live and the type of “geranium” plant you have.