What Is True Indigo – Tinctoria Indigo Info And Care 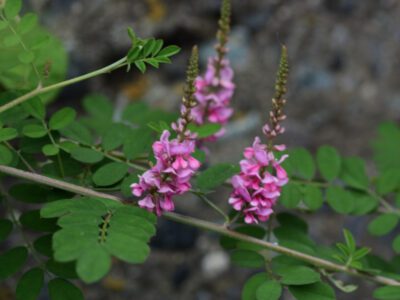 Indigofera tinctoria, often called true indigo or simply just indigo, is probably the most famous and widespread dye plant in the world. In cultivation for millennia, it has fallen somewhat out of favor recently due to the invention of synthetic dyes. It’s still a wonderfully useful plant, however, and very much worth growing for the adventurous gardener and home dyer. Keep reading to learn more about growing indigo plants in your garden.

What is True Indigo?

Indigofera is a genus of over 750 species of plants, many of which go by the common name “indigo.” It’s Indigofera tinctoria, however, that gives indigo color, so named for the deep blue dye it produces, which has been used for thousands of years.

The plant is thought to be native to Asia or northern Africa, but it’s difficult to be sure, since it’s been in cultivation since at least 4,000 BCE, long before good gardening records were being kept. It has since been naturalized the world over, including the American South, where it was a very popular crop in Colonial times.

These days, tinctoria indigo isn’t grown nearly as extensively, as it has been overtaken by synthetic dyes. As with other indigo varieties, however, it’s still an interesting addition to the home garden.

How to Grow Indigo Plants

Indigo plant care is relatively simple. Tinctoria indigo is hardy in USDA zones 10 and 11, where it grows as an evergreen. It prefers fertile, well-drained soil, moderate moisture, and full sun, except in very hot climates, where it appreciates some afternoon shade.

A medium shrub, the indigo plant will grow to 2 to 3 feet (61-91.5 cm.) in height and spread. In the summer, it produces attractive pink or purple flowers. It is actually the plant’s leaves that are used to make the blue dye, though they are naturally green and must go through an involved extraction process first.

Printer Friendly Version
Read more about Indigo Plant
<Previous
Did you find this helpful? Share it with your friends!
FacebookTweetPinEmail
Related Articles
Newest Articles
You might also like…
Additional Help & Information