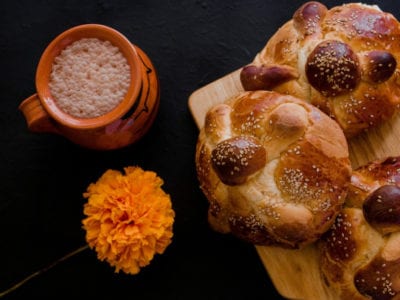 Marigolds are one of the more common annual flowers and with good reason. They bloom all summer and, in many areas, through the fall, lending vibrant color to the garden for months on end. For the most part, marigolds are planted for annual color in pots and gardens, or sometimes around other plants to repel insects. Did you know though that marigold flowers are edible? Read on for information about growing edible marigolds.

Marigolds have an extensive history. They were revered by the Aztecs and used medicinally, ornamentally, and in religious rites. The Spanish and Portuguese explorers seized upon these golden blooms, not quite gold but golden nonetheless, and brought them back to Europe. There they were referred to as “Mary’s Gold” in deference to the Virgin Mary as well as a nod to their gilded hues.

Marigolds are used in Pakistan and India to dye cloth and make flower garlands for harvest festivals. Here marigolds are used as food as well. The ancient Greeks also used marigolds as food, or rather in it. The use of marigolds is for the most part to add brilliant color, much like saffron threads, to impart a gorgeous golden hue to dishes. In fact, marigolds are sometimes referred to as the “poor man’s saffron.”

Edible marigold flowers are said to taste mildly citrusy to subtly spicy to, well, like a marigold. Whatever you think of their flavor, the flowers are indeed edible and if nothing else a feast for the eyes.

How to Grow Marigolds to Eat

The Tagetes hybrids or Calendula members are generally the cultivars used for growing edible marigold flowers. Calendula is not technically a marigold, as it is not botanically related; however, it is often called “pot marigold” and confused with the Tagetes genus of marigolds, so I mention it here.

Some choices when growing edible marigold flowers include:

There are many other varieties of marigold that can be grown as edibles, so this is just a partial list of some of the hybrids available.

Marigolds are easy to grow and can be started from seed or transplants. Grow them in full sun with well-draining, fertile soil. If you start them from seed, plant them indoors six to eight weeks before the last frost date in your area.

Thin the marigold seedlings and space tall varieties 2 to 3 feet (61-91 cm.) apart or shorter marigolds a foot (31 cm.) apart. Thereafter, caring for your marigolds is simple. Keep the plants consistently watered but not drenched. Deadhead the blossoms to encourage additional blooming.

Marigolds self-sow and will often repopulate an area of the garden in successive seasons, lending their brilliant gold hues and providing you with a steady profusion of blossoms to add to salads, teas, stir fries, soups, or any dish that needs a little color.