Changing Rose Color – Why Do Roses Change Color In The Garden 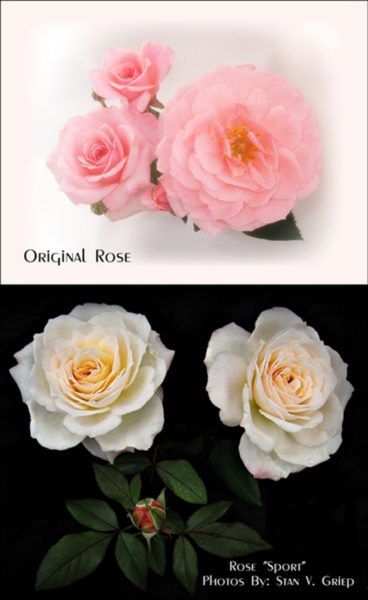 “Why are my roses changing color?” I have been asked this question many times over the years and have seen the rose blooms change color in some of my own rosebushes as well. For information on what makes roses change color, read on.

Why Do Roses Change Color?

While it may seem uncommon, color changing in roses actually happens more often than one would think…and for many different reasons. Determining the cause of your changing rose color is the first step to getting the plant back to its original hue.

Many rosebushes are what are known as grafted roses. This means that the upper part of the bush, the part the blooms are on and color we want it to be, is perhaps not hardy enough on its own root system to survive and thrive in many climatic conditions. So, this top part is grafted onto a hardy rootstock that is able to survive various conditions and different soil types. Dr. Huey is just one of the rootstocks used for grafting. Others include Fortuniana and Multiflora.

There are also times when the hardy rootstock gets overzealous and sends up its own canes even though the top part of the grafted bush is still alive and well. If some canes and foliage look different from the rest of the rosebush, take some time to follow them all the way down to the point where they come out of the main trunk.

If the canes seem to be coming up from way below ground or below the graft area of the rosebush, then they are from the rootstock. These canes must be removed at their point or origin. Allowing them to grow will sap strength from the upper desired portion and can lead to its death. By pruning off the rootstock canes, the root system is forced to focus on sending nutrients to the grafted rose. This is important in assuring the top part is in fine shape and performing as expected.

I have also had rosebushes send up canes from the graft area with similar cane and foliage, yet the blooms have a different color, such as medium pink blooms all over the bush, except for one or two canes. On those canes, the blooms are mostly white with just a hint of pink and the bloom form is a bit different. This can be what is called a “sport” rosebush, similar to sporting in azalea shrubs. Some sports are hardy enough to keep going on their own and are marketed as a new rose with a different name, like the climber rose Awakening, which is a sport of the New Dawn climbing rose.

It is hard for the root system to push enough fluids all the way up to the top of the bush during high heat, as much of the fluid is used up before it can reach the developing buds. As a result, color, form, and size will suffer in varying degrees. Some roses can take the heat better than others and still have good color, form, and fragrance BUT the number of blooms produced will usually be affected.

Some diseases can change the bloom appearance on roses, causing the blooms to be distorted, off color, and of messy form. One such disease is botrytis blight. This fungal disease can cause the blooms to be messy or misshaped, and the petals will have flecks of darker color or spots on them. To gain control of this fungal disease, begin spraying the affected rosebushes with a suitable fungicide, such as Mancozeb, as soon as possible.

Keep a good eye on your roses, as spotting a problem early goes a long way to curing the problem quickly and with less damage.