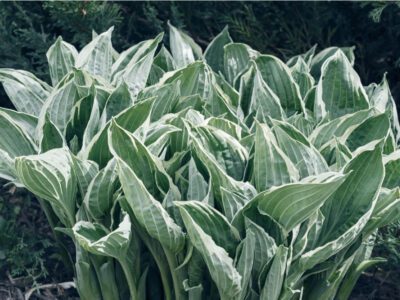 Growing in part to full shade, hostas are an extremely popular bedding and landscape plant. With their wide range of sizes, colors, and patterns, it is easy to find a variety that matches any ornamental color scheme. While not particularly prized for their tall flower spikes, hosta foliage easily creates a vibrant, lush atmosphere in the yard. Hostas are generally easy to grow and care free, but there are some issues to which landscapers may need to pay attention. One such disease, southern blight of hosta, may lead to major disappointment for growers.

About Southern Blight on Hostas

Southern blight is caused by a fungus. Not limited to hosta, this fungal infection is known to attack a wide range of garden plants. Like many fungi, spores are spread during periods of especially wet or humid weather. In some cases, the fungus is introduced into the garden through infected transplants or contaminated mulch.

Since the cause of southern blight, Sclerotium rolfsii, is a parasitic fungus, this means that it actively seeks live plant material upon which to feed.

Due to the speed at which plants become infected and wilt, southern blight can be extremely frustrating for gardeners. A hosta with southern blight first shows itself in the form of yellowing or wilting leaves. Within days, entire plants may have died back, showing signs of rot at the crown of the plant.

Additionally, growers may notice the presence of small, red, bead-like growths called sclerotia. Though they are not seeds, the sclerotia are the structures by which the fungi will resume growth and begin to spread within the garden.

Once established in the garden, the disease may be very difficult to remove. While it is possible to use some types of fungicide drenches on ornamental plants, this is most often used as a preventative measure rather than a treatment for southern blight on hostas.

Additionally, fungicide drenches are not suggested for the home garden. The removal of infected plant matter from the area is of the greatest importance. The introduction of southern blight into the garden can be avoided by making sure to purchase disease-free plants from reputable garden centers and plant nurseries.