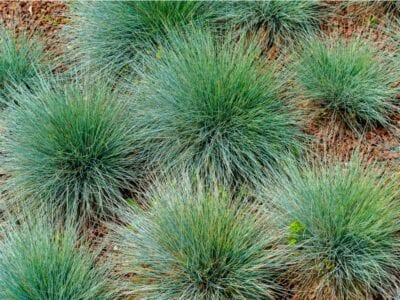 Pacific Northwest ornamental grasses add movement to the landscape. They can soften the hard edges of large rocks or boulders and contrast with perennials. There are so many types of suitable northwestern ornamental grasses, from those that thrive in shade to sun or dry conditions to wet. Ornamental grass for northwest gardens has year-round interest. Plus, grasses in general are often drought tolerant, pest free, and low maintenance.

Options for cool season ornamental grass for Northwest regions include:

Warm season grasses enjoy warmer temps and are drought tolerant. They begin to grow when soil temperatures have warmed. They should be pruned back to between four and six inches (10-15 cm.) in the late spring or early summer of the following year. Examples of warm season Pacific Northwest ornamental grasses include:

Evergreen and semi-evergreen grasses should be cut back in the late winter to early spring if needed. Giant feather grass (Stipa gigantean), or Golden Oats, is an example of an evergreen ornamental grass for a northwestern landscape. It grows up to two feet (61 cm.) tall with rolled blue/green leaves and blooms with spires of gold blooms in the summer that can reach up to four feet (1 m.) in height. It tolerates coastal conditions with heavy winds in full sun but should not be planted in the wetter areas of the region. Gophers love it but deer don’t bother it.