What Is Slime Mold: Slime Mold Facts And Control In The Garden 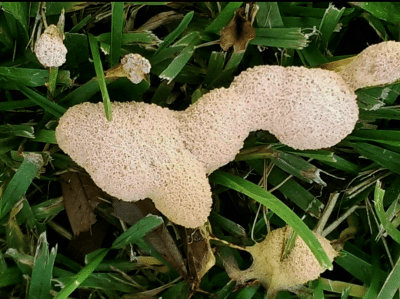 Image by fannettgirl via Q&A

That foamy frothy stuff in your garden that resembles the contents of a dog’s stomach is slime mold. What is slime mold? Good question, as it is not really a mold or a fungus. It is also not a plant, and yet not an animal. Slime molds are in a class all to themselves and there are over 700 varieties.

They are common in warm, moist locations but the actual appearance will vary from zone to zone. Slime molds will not hurt the environment or your plants, so there is no real slime mold control. While ugly, the organism may actually be helping your plants by consuming pathogens and bacteria that could harm them.

What is Slime Mold?

The slime mold organism reproduces and survives much like a fungus. It is also capable of moving itself to some degree. These facts might lead you to believe that it is either a fungus or an animal, but this is not the case.

The organism gets moisture from air and nutrients from what it grows upon, and yet is not a plant either. Slime molds are in the genus Fuligo and are primitive single celled organisms with spore reproduction. One of the more interesting slime mold facts is their apparent separation from any known plant or animal classification.

Slime molds range in color, but the most frequently spotted variety is orange to yellow in color and reminiscent of dog’s vomit. They can grow two feet (61 cm.) in diameter and occur on moist rotting vegetation. You will usually find slime molds in garden mulch or thick grass clippings.

The organism feeds off the vegetation and grows in a state called plasmodium. This plasmodium persists while conditions are moist and then turns into spores when the organism dries out. The result leaves a dry crusty residue on its host.

Slime molds are not dangerous, but in the lawn large persistent molds can leave grass yellow because it reduces sunlight to the blades. The grass recovers after the mold has turned to spore.

Getting Rid of Slime Mold

There is no doubt that slime mold is unattractive. Anything that closely resembles vomit in the garden is an uncomfortable sight. However, since slime molds in garden mulch or other areas are not harmful, removal is not necessary. For this reason, slime mold control with chemicals is more trouble than it is worth. Few chemicals can permanently kill the organism and toxic applications may even be detrimental to other life around the mold.

Slime molds thrive where conditions are moist, so the easiest way to remove it is to let the area dry out. Rake up slime molds in garden mulch to expose the organism to drying air. You can also just scrape up the stuff, but likely it will be back. Some molds have been known to come back in the same spot, year after year.