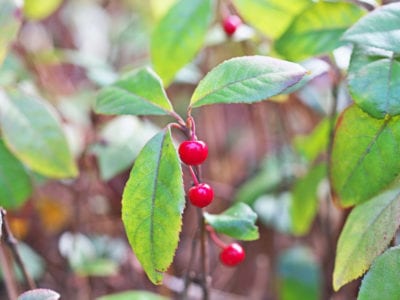 Listed amongst the 50 fundamental herbs in Chinese medicine, Japanese ardisia (Ardisia japonica) is now grown in many countries besides its native homelands of China and Japan. Hardy in zones 7 to 10, this ancient herb is now more commonly grown as an evergreen groundcover for shady locations. For Japanese ardisia plant info and care tips, continue reading.

Japanese ardisia is a creeping, woody shrub that only grows 8 to 12 (20-31 cm.) tall. Spreading by rhizomes, it can get 3 foot (1 m.) or wider. If you are familiar with plants that spread by rhizomes, you may wonder is ardisia invasive?

Japanese ardisia is mostly grown for its dark green, glossy foliage. However, depending on variety, new growth comes in deep shades of copper or bronze. From spring through summer, small pale pink flowers hang beneath its whorled foliage tips. In autumn, the flowers are replaced by bright red berries.

Commonly known as Marlberry or Maleberry, Japanese ardisia prefers part shade to shade. It can quickly suffer from sunscald if exposed to intense afternoon sun. When growing Japanese ardisia, it performs best in moist, but well-draining, acidic soil.

Japanese ardisia is deer resistant. It is also not commonly bothered by pests or diseases. In zones 8 to 10, it grows as an evergreen. If temperatures are expected to dip below 20 degrees F. (-7 C.), though, Japanese ardisia should be mulched, as it can easily suffer from winter burn. A few varieties are hardy in zones 6 and 7, but they grow best in zones 8 to 10.

Fertilize plants in spring with a fertilizer for acid-loving plants, such as Hollytone or Miracid.