What Is Lapland Rhododendron 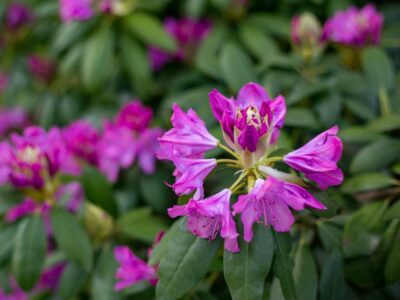 Rhododendrons have long been a popular choice in home landscapes. Ranging greatly in size, these plants are often prized by ornamental gardeners for their colorful flowers and pronounced foliage. In order to truly thrive, landscaping rhododendrons require acidic soil that’s rich in organic matter. Requirements related to light and temperatures throughout the changing seasons may also be an issue, depending upon the growing zone. Some species of rhododendron have even more specialized requirements for growth. One type, called the ‘Lapland rhododendron’ bush, will grow only under very specific conditions.

What is Lapland Rhododendron?

The thought of growing Lapland rhododendron may be appealing to home landscapers, but the plant is actually quite rare. Though it can be found in some regions of the United States, ideal growing conditions are very limited to those specific areas. Native plants are most frequently found growing in cool regions on high peaks, coming into bloom just as the snow begins to melt. This includes alpine meadows in portions of the Adirondacks and in some parts of New Hampshire. The plant can also be found in Alaska and throughout Canada.

Some states have identified Lapland rosebay as a protected endangered species. Unintentional damage to Lapland rhododendrons has been found to be most commonly caused by hikers. As with any rare plant, care should be taken so as not to disturb any native grown specimens. This includes the unlawful removal of plants, collection of seeds, cuttings, and/or other plant parts.

Printer Friendly Version
Read more about Rhododendrons
<Previous
Did you find this helpful? Share it with your friends!
FacebookTweetPinEmail
Related Articles
Newest Articles
You might also like…
Additional Help & Information