Boston Ivy
By: Becca Badgett, Co-author of How to Grow an EMERGENCY Garden
Printer Friendly Version 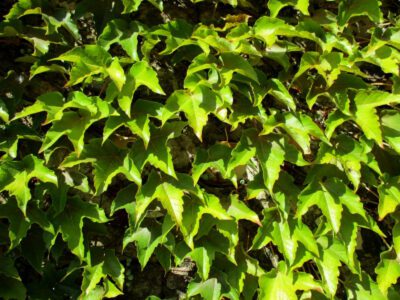 Boston ivy plants (Parthenocissus tricuspidata) are attractive, climbing vines that cover the outer walls of many older buildings, particularly in Boston. It is the plant from which the term “Ivy League” derives, growing on numerous upscale campuses. Boston ivy plants are also called Japanese ivy and can quickly overtake the area in which it is planted, climbing by tendrils on any support nearby.

If you like the look of the shiny leaves, but don’t wish to deal with the plant’s aggressive behavior, consider growing Boston ivy as houseplants or in containers outdoors.

When planting Boston ivy for indoor use, choose a container that will allow the amount of growth you desire. Larger containers allow for more growth and development. Locate the newly planted container in partial, direct sunlight.

Boston ivy care indoors will include pruning of the rapid growth, no matter the location. However, full or too much direct sunlight may burn the leaves or create browning tips on Boston ivy plants.

You may wish to have Boston ivy as houseplants that will climb on an indoor trellis or other structure. This is easily accomplished, as Boston ivy plants readily climb by tendrils with adhesive disks. Avoid letting it climb on painted walls when planting Boston ivy indoors, as it damages the paint.

Unsupported Boston ivy plants will soon cascade over the sides of the pot. Cut back the leaves on the tips as part of Boston ivy care. This encourages fuller growth on the draping stems and helps the plant fill the container.

How to Care for a Boston Ivy Plant

Learning how to care for a Boston ivy is simple. Keep the soil moist when possible, although dry soil usually does not kill Boston ivy as houseplants, it only makes them appear dull and wilted.

Fertilization is not necessary when planting Boston ivy. Grow Boston ivy as part of a dish garden, with other houseplants with an upright form.

When planting Boston ivy outside, be sure it is what you want to permanently fill the location. The plant will spread to 15 feet (4.5 m.) or more and climb up to 50 feet (15 m.) within a few years. Keeping it trimmed may encourage it to take on a shrub form in maturity. Insignificant flowers and black berries appear on outdoor grown plants.

Printer Friendly Version
Read more about Boston Ivy
Next>
Did you find this helpful? Share it with your friends!
FacebookTweetPinEmail
Related Articles
Newest Articles
You might also like…
Additional Help & Information