Groundnut Benefits – How To Grow Groundnuts In Gardens 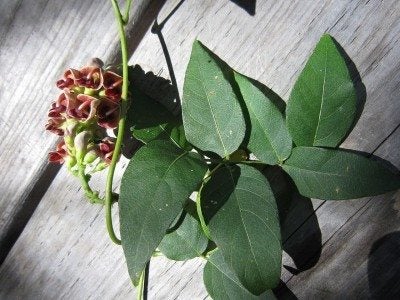 An important New World food source, groundnuts were a staple Native American food which they taught the colonists how to use. Never heard of a groundnut? Well, first off, it’s not a nut. So what are groundnuts and how do you grow groundnuts?

We have established that groundnuts aren’t, as their name would lead us to believe, nuts at all. So what are groundnuts then? Are groundnuts legumes?

The groundnut, a climbing vine, is a member of the pea or bean family (Leguminosae) and distantly related to the soybean. It can be found from Ontario and Quebec to the Gulf of Mexico, and from the western prairies to the Atlantic coastline.

Groundnuts, Apios americana, get their name from the bulb-like tubers that grow from the root system. They may be tiny, the size of a pine nut, to as big as an avocado. The outside of growing groundnuts are brown while their interior, once peeled, is firm and white. The plant itself has pinnate compound leaves with five to seven leaflets. Vine-like, the plant twines around the shrubs and plants of the forest.

Early settlers in western Massachusetts considered groundnuts so important that the town of Southampton enacted a law prohibiting Native Americans from digging them on lands owned by the colonists. The first offense was time in the stocks, and the second offense was punishable by whipping.

Why were they valuable as a food source? What are the groundnut benefits?

Groundnuts can be eaten raw but are usually boiled or roasted and then added to soups and stews. Mild in flavor, they are used much like a potato, though more nutritious. They contain three times the protein of a potato. They can also be stored much like potatoes in a cool, dry area for a lengthy period of time.

Growing groundnuts as a cultivated crop has been attempted in Europe twice, first during the Great Potato Famine, with failed results. The reason? The tubers require two to three years to maturity, whereas potatoes only need one growing season.

For this reason, they were important food sources to the new colonies. The pilgrims of Plymouth survived on groundnuts when they exhausted their corn supply. The tubers are perennial and harvested at any time of the year, a boon to the first colonists.

I am betting at this point you are intrigued and want to know how to grow groundnuts. Growing your own groundnuts might be safer than going hunting for them, as they tend to grow in the same area as poison ivy!

How to Grow Groundnuts

Tubers or young plants are available from a few nurseries, or of course, you can risk it and dig them up yourself if they grow in your neck of the woods. Wear heavy gloves and long pants and shirt sleeves to protect from the poison ivy no doubt growing with the groundnuts.

Plant the groundnuts in spring, ideally in a raised bed in light, well-draining soil. Provide the plants with a support since groundnuts have an upright vining habit.

Keep the garden free of weeds to discourage pests but be gentle around the root ball of the tubers. Seedlings need at least two growing years and a minimum photoperiod of 14 hours to stimulate blooms.

Harvest the tubers in the fall after the first frost has killed of the foliage.