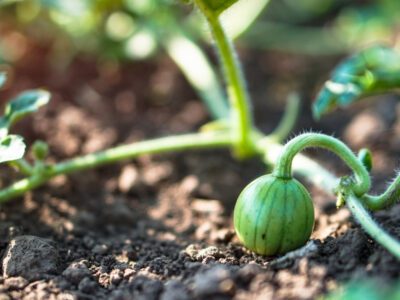 Cucurbit monosporascus root rot is a serious disease of melons, and to a lesser extent other cucurbit crops. A fairly recent problem in melon crops, cucurbit root rot loss can run from 10-25% to 100% in commercial field production. The pathogen can live in soil for a number of years, making cucurbit monsporascus treatment difficult. The following article discusses monosporascus root rot of cucurbits and how to manage the disease.

What is Cucurbit Monosporascus Root Rot?

Cucurbit root rot is a soil borne, root infecting fungal disease caused by the pathogen Monosporascus cannonballus that was first noted in Arizona in 1970. Since then, it has been found in Texas, Arizona, and California in the United States, and other countries such as Mexico, Guatemala, Honduras, Spain, Israel, Iran, Libya, Tunisia, Pakistan, India, Saudi Arabia, Italy, Brazil, Japan, and Taiwan. In all of these regions, the common factor is hot, arid conditions. Also, the soil in these areas tends to be alkaline and containing significant salt.

Cucurbits affected by this pathogen are small in size with low sugar content and are susceptible to sun scald damage.

Symptoms of M. cannonballus are not usually visible until near harvest time. Plants yellow, wilt and leaves dieback. As the disease progresses, the entire plant dies prematurely.

Although other pathogens result in similar symptoms, M. cannonballus is notable for its reduction in length of infected vines and the absence of lesions on visible plant parts. Also, roots infected with cucurbit root rot will have black perithecia visible in the root structures that appear as small black swellings.

Although uncommon, on occasion, vascular browning is present. Areas of the taproot and some lateral roots will show darkened areas that may become necrotic.

The disease is often indigenous to the soil and is fostered by continued cucurbit cultivation. Although soil fumigation is effective, it is also costly. Cucurbits should not be planted in areas with proven consistent infection of this disease. Crop rotation and good cultural practices are the best non-control methods for the disease.

Fungicide treatments applied just at plant emergence have been shown to be affective at controlling Monosporascus root rot of cucurbits.