Mole Control – Home Remedies For Removing Moles From Your Yard 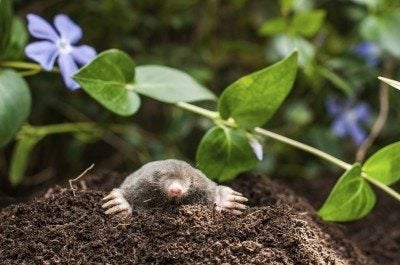 Mole activity can wreak havoc in the yard, not because they eat up everything (they usually feed on worms or grubs) but because their mounded tunnels are often used by other burrowing pests. Moles, for the most part, are quite harmless to your plants. However, their tunnels can become unsightly when there are enough of them. While there are many home remedies for removing moles from the yard, most are only temporary fixes. In fact, there is no sure-fire way to get rid of mole animals for good without taking drastic measures.

How Do I Kill a Mole?

Moles can be so frustrating that many people wonder, “How do I kill a mole?” The most effective method for killing moles is using traps or poisons. Traps are usually set in spring or fall when moles are most active, with early spring being the most favorable time, as this is when females are pregnant. There are several types available, all of which should be placed near active tunnels, especially where they are known to feed.

Poisons or chemical repellents can also be used; however, these pose more of a threat than the moles themselves, especially if there are pets or children around. These are also hazardous to the soil and surrounding area.

There are alternative mole control methods to get rid of mole animals. Sometimes, mole control involves nothing more than a little encouragement to move elsewhere. Using natural mole repellents may be just the thing to get rid of mole animals. Not only is this option safer for the environment (as well as pets and children) but it’s also better for the moles. Rather than killing them, natural repellents simply keep them at bay.

Natural mole repellent can be as simple as planting vegetative barriers throughout the area that deter moles. These include plants like daffodils, marigolds, alliums, fritillarias, mole plant, and castor beans. Although mole plant and castor bean plant (which contains castor oil, a well-known mole deterrent) can be used to repel moles, both plants are considered poisonous and should be avoided around pets and children. Alternatively, there are repellents containing castor oil that can be used instead.

Common Home Remedies for Removing Moles from Your Yard

Unfortunately, home remedies are not always foolproof. However, some are at least worth trying before resorting to more severe methods of mole control. Keep in mind that these may only work temporarily, if at all.

Lawns that receive too much water can cause mole tunnels to rise closer to the surface; therefore, limiting the amount of water usage on the lawn or garden may help alleviate this problem.

In fact, you may find that on occasion Mother Nature does all the work for you. Changes in the weather, food supply, or ground moisture can actually cause moles to leave on their own.

Ridding the lawn of moles is challenging, especially if their numbers are large; however, taking drastic measures isn’t always necessary. By using natural mole repellents along with some home remedies, such as reducing irrigation and practicing insect control, the moles might very well change their location, at least for a little while.