Plants For Nematode Control: Are There Any Plants That Repel Nematodes 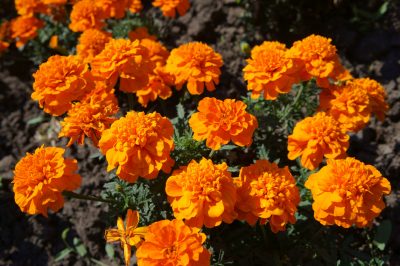 Many gardeners have had trouble with nematodes attacking their plants. Maybe you’ve tried to grow carrots, but they came out knobby and twisted. Or maybe your potatoes were covered in warts and galls. If so, your garden may have a nematode problem. Read on to learn more about controlling nematodes with plants.

Nematodes are tiny, round worms that commonly live in soil, and many of them attack garden plants. These pests can damage the roots of numerous edible and ornamental plants, so many gardeners have looked for ways to control them. If you are one of those gardeners, you may have wondered: are there any plants that repel nematodes?

Some nematodes can be controlled using nematode-killing pesticides (nematicides), but these can be toxic and most are unavailable to home gardeners. Crop rotation can also reduce nematode infestations, but it is time-consuming. Fortunately, scientists have identified a list of nematode-repellent plants that can help combat these earth-dwelling pests. These include:

Controlling nematodes with plants is an effective, natural method and is definitely worth a try.

How to Use Nematode Repellent Plants

Of the list above, two of the best plants for nematode control are the painted daisy and French marigold. Both of these are not just nematode-repellent plants, but they actually kill nematodes more efficiently.

If you have a nematode infestation, remove as many plant roots as possible when you clean up your garden in the fall. In winter and early spring, till and solarize the soil to reduce nematode populations.

In spring, plant one of the recommended varieties of French marigold (or another of the plants that repel nematodes) in solid patches or strips in the garden. Space the plants at seven inches (7.5 cm.) apart. Let them grow for at least two months, then till the plants into the soil. Be sure to till the plants in or remove the flower heads of marigolds before they go to seed. Otherwise, they could become a weed in next year’s garden.

To prevent nematodes from returning to the garden, keep the soil free of weeds until the next spring.