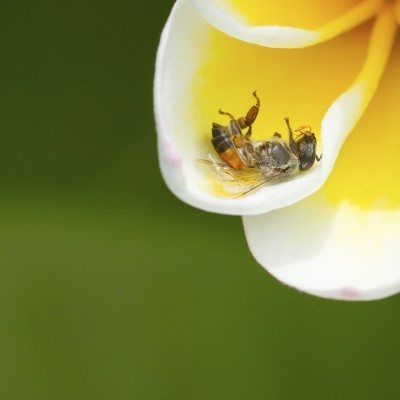 We’ve all heard a little something about the bird and the bees, but have you heard mention of neonicotinoids and bees? Well, hold on to your hat because this important information could mean the life and death of our precious pollinators in the garden. Keep reading to learn more about neonicotinoids killing bees and what we can do about it.

So the first question that needs to be clarified, obviously, is “what are neonicotinoids?” If you haven’t heard this term, that’s probably due to the fact that it’s a relatively new class of synthetic insecticides. Neonicotinoid pesticides (aka neonics) are similar to nicotine, which is naturally found in nightshade plants like tobacco, and supposedly less harmful to humans but is poisonous to bees and many other insects and animals.

These types of insecticides affect the central nervous system of insects, resulting in paralysis and death. Among them includes:

Studies have shown that residues from neonicotinoids pesticides can accumulate in the pollen of treated plants, posing a real danger to pollinators even after use of the pesticide stops on the plant.

How Do Neonicotinoids Work?

The EPA classifies neonicotinoids as both toxicity class II and class III agents. They are generally labeled with a “Warning” or “Caution.” Since the neonicotinoid pesticides block specific neurons in insects, they are deemed less harmful to warm-blooded animals but are highly toxic to insect pests as well as beneficial species like bees.

Many commercial nurseries treat plants with neonicotinoid pesticides. The chemical residue left behind from these treatments remain in nectar and pollen that gets collected from the bees, which is fatal. Unfortunately, research suggests that even if you treat these plants using organic approaches once purchased, the damage is already done, as the residue is still present. Therefore, neonicotinoids killing bees is inevitable.

Of course, an insecticide does not have to kill in order to have an effect. Research has indicated that exposure to neonicotinoids can interfere with honeybee reproduction and their ability to navigate and fly.

That being said, when it comes to neonicotinoids and bees (or other beneficials), there are options.

One of the best ways to keep harmful products out of the garden is to buy only organically grown plants. You should also purchase organic seeds or start your plants, trees, etc. from cuttings which have not been exposed to any chemicals and then continue using organic approaches throughout their lifetime.

Sometimes the use of pesticides becomes necessary. So when using insecticides, common sense goes a long way. Always read and follow the label directions carefully, and appropriately. Also, you might want to pay attention to the LD50 rate before you buy. This is the amount of chemical it takes to kill 50% of a test population. The smaller the number, the more toxic it is. For instance, according to one resource in the case of a honeybee, the amount of imidacloprid that must be ingested to kill 50% of the test subjects is 0.0037 micrograms compared to carbaryl (Sevin), which requires 0.14 micrograms – meaning the imidacloprid is far more toxic to bees.

This is something to keep in mind before using any insecticide, including neonicotinoids. Weigh your options carefully and, if you have determined that an insecticide is still necessary, consider the least toxic options first, such as insecticidal soap or neem oil.