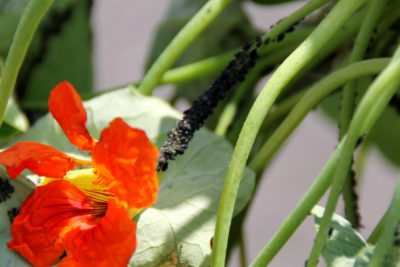 With several species of bees now listed as endangered and dwindling monarch butterfly populations, people are more conscience of the harmful side effects of chemical pesticides. These not only harm beneficial insects, but they also poison birds, reptiles, amphibians, and animals that eat the insects. Chemical residue remains on food crops, causing illnesses in people who eat them. They also get into the water table. It is because of all these harmful effects, farmers and gardeners all over the world have been implementing newer, safer pest control methods. One such method is push-pull technology. Read on to learn more about how push-pull works.

What is Push-Pull Technology?

It can be a real challenge to avoid harsh and dangerous chemical pesticides that not only damage our environment by poisoning pollinators but can also poison us. With push-pull methods, however, this may be changing.

Push-pull pest control is a chemical free method that has become very popular in Australia and Africa for food crops. How push-pull works is by using companion plants that deter and repel (push) insects away from important food crops and decoy plants that attract (pull) pests to different locations where they are trapped or preyed upon by beneficial insects.

An example of this push-pull strategy for pest control is the common practice of interplanting plants like corn and Desmodium, then planting sudangrass around these corn fields. The Desmodium contains essential oils that repel or “push” stem borers away from the corn. The sudangrass then plays its role as a “pull” plant by not only attracting the stem borers away from the corn, but also attracting insects that prey on these borers – a win-win for everyone.

How to Use Push-Pull Strategy for Pest Control

Below are examples of some common plants and the role they can play when using push-pull in gardens: