Knapweed Control: Getting Rid Of Different Types Of Knapweed 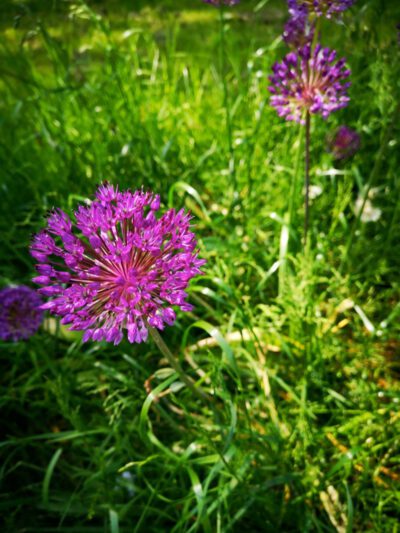 Gardeners are ever at the ready, waiting for an attack from the newest noxious weed — knapweed is no exception. As these horrid plants make their way across the country, displacing native grasses and infesting vegetable gardens alike, knapweed control is at the forefront of many gardeners’ minds. Knapweed removal can be time consuming and frustrating, but if you’re watching carefully, you can eradicate this annoying weed from your landscape.

Knapweed is a noxious weed that is often found in ditches, along highways, in waterways, and other scrubby areas. Many farmers have managed to bring knapweed home in grass hay or on the tires of their trucks without knowing it, spreading this weed even further. This aggressive weed is capable of out-competing both forage and crops, making it a nasty customer for everyone, including homeowners who may lose their lawns and gardens to knapweed.

There are four major types of knapweed, so it’s important to understand the differences before attempting to control it.

How to Get Rid of Knapweed

The shorter-lived spotted knapweed, diffuse knapweed, and yellow starthistle reproduce primarily by seed, but each produces hundreds or thousands of seeds that can survive in the soil up to five years, so they’re not easy customers.

If you can prevent these weeds from producing flowers, you’ll be ahead of the game, but constant monitoring and mowing are the first line of defense. A few of these knapweeds in a lawn can be pulled by hand, but watch for more to emerge throughout the season.

Russian knapweed is much more difficult to control than its less aggressive cousins. Frequent mowing is helpful, but alone won’t do away with this trouble weed. Instead, dig the Russian knapweeds you find, or treat them with a non-selective herbicide.

Burning has shown some promise as a control agent, but can’t be used everywhere. Dig, mow, and continue to treat Russian knapweed aggressively throughout the year — an extra herbicide treatment following several hard frosts has proven to provide longer-term control than seasonal treatment alone.