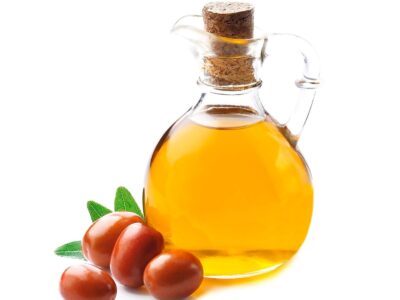 Horticultural oils include mineral oil and other petroleum derivatives as well as plant-derived oils accepted in organic farming and gardening. They are used to control soft-bodied insects, mites, and certain fungi in a non-toxic manner. Jojoba oil is a natural, plant-based horticultural oil. Read on to learn more about jojoba pesticide oil.

What is Jojoba Oil?

Jojoba (Simmondsia chinensis) is a woody shrub native to desert regions of southern California, Arizona, and northwestern Mexico. The small, green fruits of jojoba are not edible, but the oil extracted from the seeds is useful in several areas of industry as well as in the garden.

Jojoba oil has been used in traditional medicine, and today it is included in many cosmetics and hair products.

Jojoba oil can be used to control:

Like other horticultural oils, jojoba oil kills these soft-bodied insects by clogging the spiracles (openings in the insects’ exoskeletons which they use to breathe) and suffocating them. Oils may also disrupt the feeding and egg laying behaviors of certain insects. In short, jojoba oil and bugs do not get along.

Horticultural oils are also used to control fungi that grow on the surfaces of plants, such as powdery mildew. Jojoba may have fungicidal properties, and, like other oils, it likely interferes with the germination or release of fungal spores.

The effectiveness of some pesticides can also be enhanced by oils including jojoba. Pesticide ingredients like spinosad and copper ammonium complex are formulated with 1% oil to increase their ability to control certain insects.

It is important to apply the oil at the correct time of year to control the targeted pest. Certain caterpillar eggs can be killed by jojoba oil, but it won’t kill the caterpillars after they hatch. For some pests, it’s best to treat with oil during the dormant time of year when trees and shrubs are leafless. That way, you will get better coverage of the trunk and branches and reach more of the insect population. Be sure to identify the pest and learn about its life cycle before application.

Risks of Jojoba Oil in the Garden

Jojoba oil kills insects by physically suffocating them, not by poisoning them, and it is a safer choice for people, wildlife, and the environment. However, it can harm plants under certain circumstances.

Certain plant species, such as maples, walnuts, and many conifers, are more sensitive to damage and shouldn’t be treated with oils.