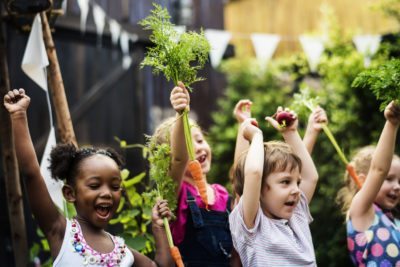 A relatively new phenomenon, agrihoods are residential areas that incorporate agriculture in some way, be it with garden plots, farm stands, or an entire working farm. However it’s laid out, it’s an inventive way to create a living space that’s at one with things that grow. Keep reading to learn more about what makes an agrihood along with agrihood benefits to the community.

What is an Agrihood?

“Agrihood” is a portmanteau of the words “agriculture” and “neighborhood.” But it’s not just a neighborhood near farmland. An agrihood is a residential neighborhood specially designed to integrate gardening or farming in some way. Just like some residential communities have communal tennis courts or gyms, an agrihood might include a series of raised beds or even an entire working farm complete with animals and long rows of vegetables.

Often, the focus is placed on growing edible crops that are available to the residents of the agrihood, sometimes in a central farm stand and sometimes with communal meals (these setups often include a central kitchen and dining area). However a particular agrihood is set up, the main goals are usually sustainable, healthy eating, and a sense of community and belonging.

Agrihoods center around working farms or gardens, and that means a certain amount of labor is involved. How much of that labor is done by the residents, however, can really vary. Some agrihoods require a certain number of volunteer hours, while some are completely taken care of by professionals.

Some are very communal, while some are very hands off. Many, of course, are open to different levels of involvement, so you don’t have to do more than you’re comfortable with. Often, they’re family oriented, offering both kids and parents a chance to become directly involved in producing and harvesting their own food.

If you’re looking to live in an agrihood, get a sense of what’s required of you first. It may be more than you’re willing to take on or the most rewarding decision you ever make.