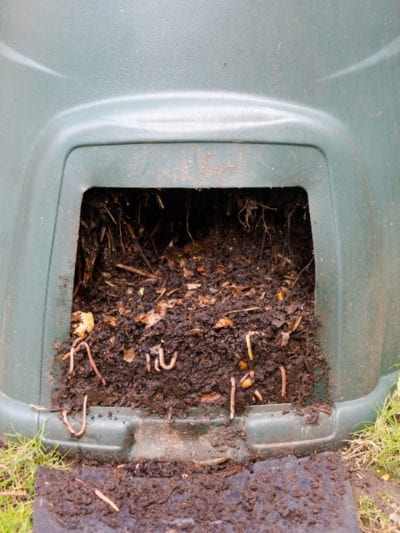 Worms are happiest when the temperature is between about 55 and 80 degrees F. (12-26 C.). Colder weather can kill worms off by freezing, but they are in just as much danger if unwatched in hotter weather. Caring for worms in hot weather is an exercise in natural air conditioning, working with nature to create a cooler environment in the worm compost bin.

High heat and worm bins normally make a bad combination, but you can still experiment with vermicomposting when it’s hot outside as long as you make the right preparations.

The hottest temperatures can kill off an entire worm population if you do nothing to help save it. Even if your worms survive, a heat wave can make them sluggish, sick, and useless for composting. If you live in an environment that is hot for a good portion of the year, such as Florida or Texas, install your worm bins with an eye toward keeping them as cool as possible.

Placing your worm bins or compost bins in the right spot is the first step in keeping worms cool in summer. The north side of your house generally gets the least amount of sunlight, and sunlight causes heat. When you begin building your bins, or if you’re planning on expanding your operation, place them where they get the most amount of shade during the hottest part of the day.

Tips for Vermicomposting When It’s Hot

Worms tend to slow down and get sluggish when the heat is on, so stop feeding them and rely on their natural ability to sustain themselves until it’s cool again. Extra food will just sit in the bin and rot, possibly causing problems with disease organisms.

If you live in the hottest parts of the country, consider using Blue Worms or African Nightcrawlers instead of the common Red Wiggler worms. These worms developed in tropical climates and will survive a heat wave much easier without becoming sick or dying off.

Keep the pile moist by watering it every day. Hot climate vermiculture depends on keeping the compost heap as cool as possible given the environmental conditions, and evaporating moisture will cool the surrounding area, keeping the worms more comfortable.