What Is Bot Rot In Apple: Tips On Managing Bot Rot Of Apple Trees 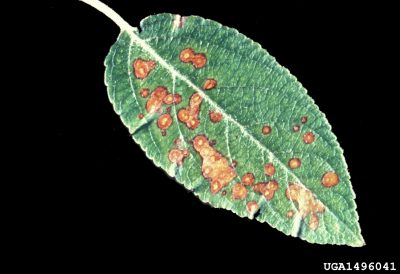 What is bot rot? It’s the common name for Botryosphaeria canker and fruit rot, a fungal disease that damages apple trees. Apple fruit with bot rot develop infections and become inedible. Read on for more information about apples with bot rot, including information about managing bot rot of apples.

What is Bot Rot?

Bot rot is a disease caused by the fungus Botryosphaeria dothidea. It’s also called white rot or botryosphaeria rot and attacks not just apples, but also pears, chestnuts, and grapes.

Bot rot in apple orchards can cause a huge loss of fruit. This has been especially damaging in orchards in the Piedmont region of Georgia and the Carolinas, causing losses of up to half of the apple crops in some orchards.

Bot rot starts by infecting twigs and limbs. The first thing you are likely to see is small cankers that look like blisters. They appear in early summer and can be mistaken for black rot canker. By the following spring, black spore-containing fungal structures appear on the cankers.

Cankers that result from bot rot in apple trees develop a sort of papery bark with an orange hue. Below this bark, the wood tissue is slimy and dark. Bot rot infects the fruit in two different ways. One way has external symptoms, and one has internal symptoms.

You can see external rot on the outside of the fruit. It presents as brown spots surrounded by red halos. Overtime, the decayed area expands to rot the core of the fruit.

Internal rot may not be visible until after harvest. You’ll realize the problem when an apple feels soft to the touch. A clear sticky liquid can appear on the fruit skin.

Botryosphaeria control in apples begins with getting rid of the infected wood and fruit. This is important since the fungus overwinters in apples with bot rot and in the apple trees’ dead branches. When you are managing bot rot of apples, pruning off all dead wood is important.

After pruning apple trees, consider using a fungicide as a preventative. Using fungicidal sprays is especially important in wet years. Continue the spraying on the schedule recommended on the label.

Botryosphaeria control in apples also involves keeping the trees as stress free as possible. Be sure to give your trees adequate water during dry periods.