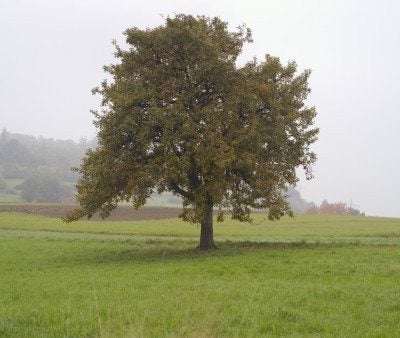 The pear tree lifespan is a tricky subject because it can depend upon so many things, from variety to disease to geography. Of course, that doesn’t mean we’re completely in the dark, and plenty of estimates can be made. Keep reading to learn more about pear tree life expectancy.

How Long Do Pear Trees Live?

With optimal conditions, wild pear trees can live upwards of 50 years. Among cultivated pears, however, this is rarely the case. Often orchards will replace a pear tree before the end of its natural lifespan when fruit production slows.

As fruit trees go, pears have a long period of production, but they will eventually slack and then stop. Many home fruit trees slow down considerably in putting out fruit after 10 years, but pear trees will often outstrip them by quite a few years. Even so, if your 15 year old pear tree no longer produces flowers or pears, you may want to replace it.

Pear trees grow best in warm, dry areas such as the Pacific Northwest, and they can be grown in these areas in much greater variety. In other places, however, there are only a couple of varieties that will thrive, and these have relatively short lifespans.

The Bradford pear is very common, especially in cities, due to its tolerance for poor soil and pollution. The Bradford pear tree lifespan is 15 to 25 years, often topping out at 20 years. Despite its hardiness, it is genetically predisposed to a short life.

Its branches grow upward at an unusually steep angle, causing it to split apart easily when the branches become too heavy. It is also especially vulnerable to fire blight, a common bacterial disease among pears that kills off branches and makes the tree less hardy overall.

So as far as the average lifespan of pear trees go, again depending on variety and climate, anywhere from 15 to 20 years is possible, given adequate growing conditions.